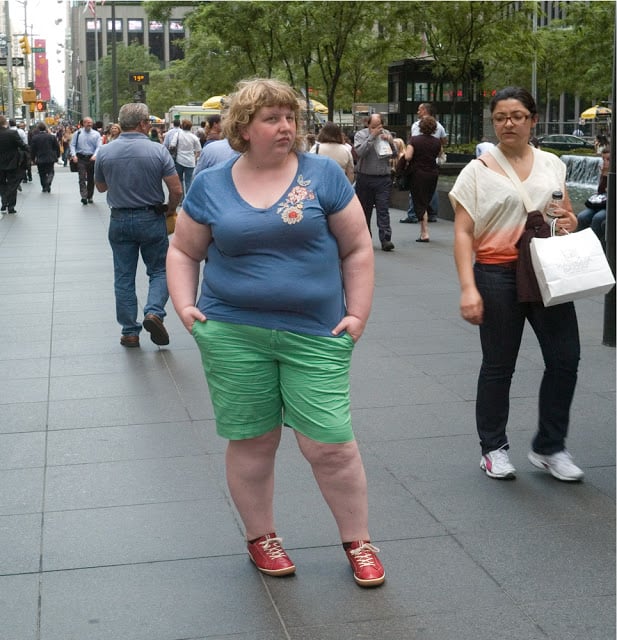 Memphis-based photographer Haley Morris-Cafiero has long been aware of strangers making fun of her behind her back due to her size. So aware, in fact, that she has turned the whole concept into a full-blown photography project. Titled Wait Watchers, the series consists of Morris-Cafiero’s self-portraits in public in which strangers can be seen in the background giving her strange looks and/or laughing.


The project was born when Morris-Cafiero was working on a separate project titled Something to Weigh. For one of the photos in that project, she snapped a self-portrait while sitting on some steps in Times Square.

After processing the film, she noticed that there was a man behind her making a face at her while being photographed by a female friend: 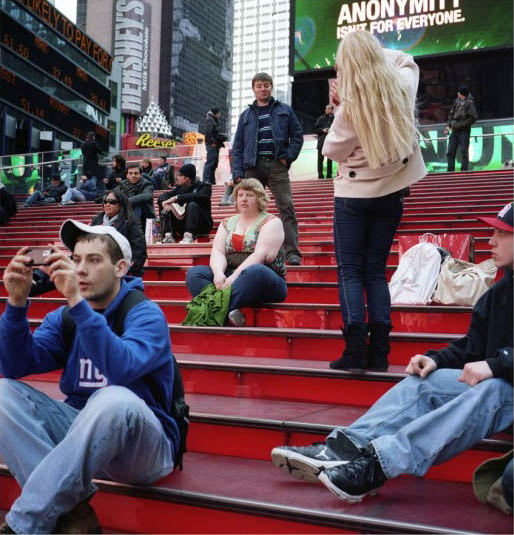 She noticed something similar in a photograph captured just five minutes later at a different location.

Morris-Cafiero then began setting up her camera in heavily trafficked public areas, composing the shots, setting a self-timer, and then stepping into the frame. The camera snaps a photo while she’s doing everyday things (e.g. chatting on her phone or grabbing a bite to eat), and her hope is that the image also captures an interesting expression from at least one passing stranger.

I now reverse the gaze and record their reactions to me while I perform mundane tasks in public spaces. I seek out spaces that are visually interesting and geographically diverse. I try to place myself in compositions that contain feminine icons or advertisements. Otherwise, I position myself and the camera in a pool of people…and wait [#] 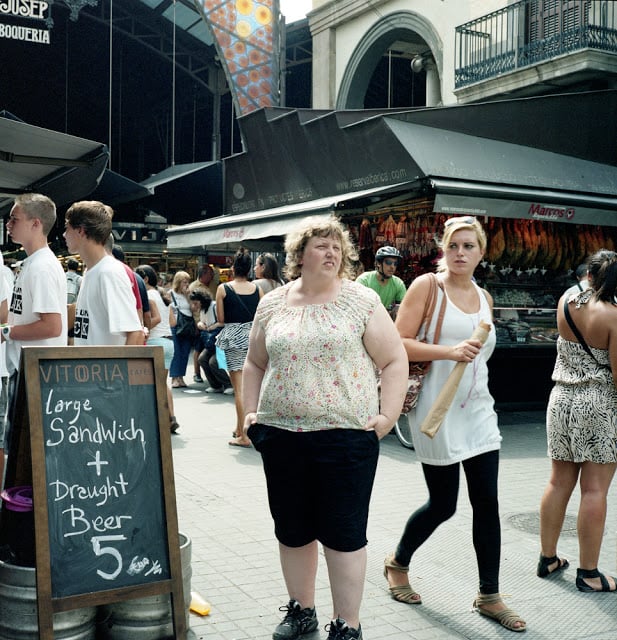 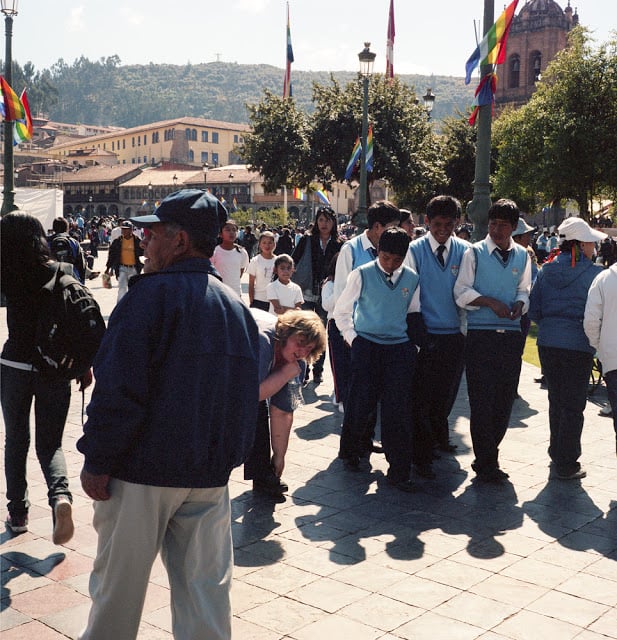 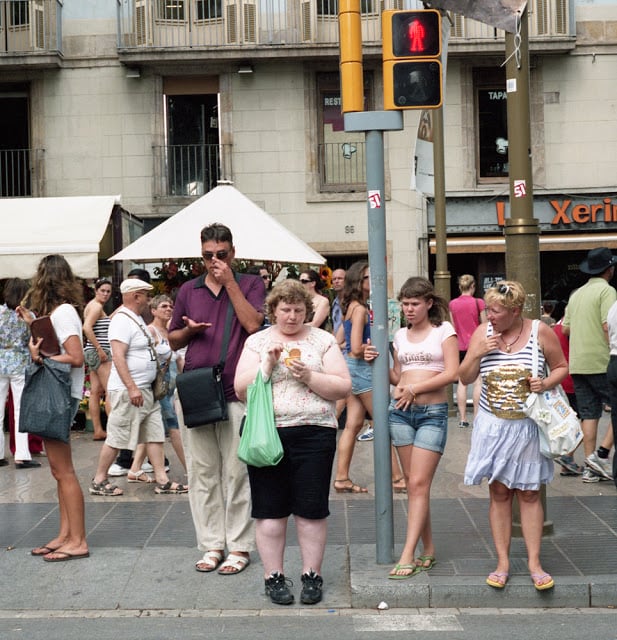 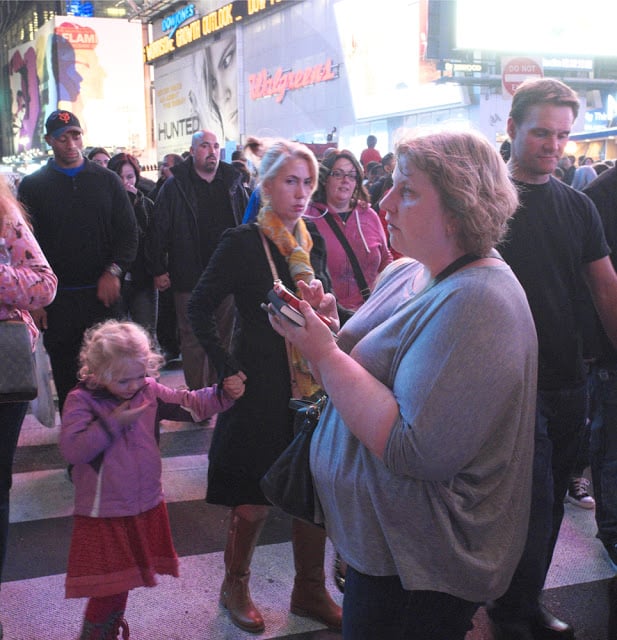 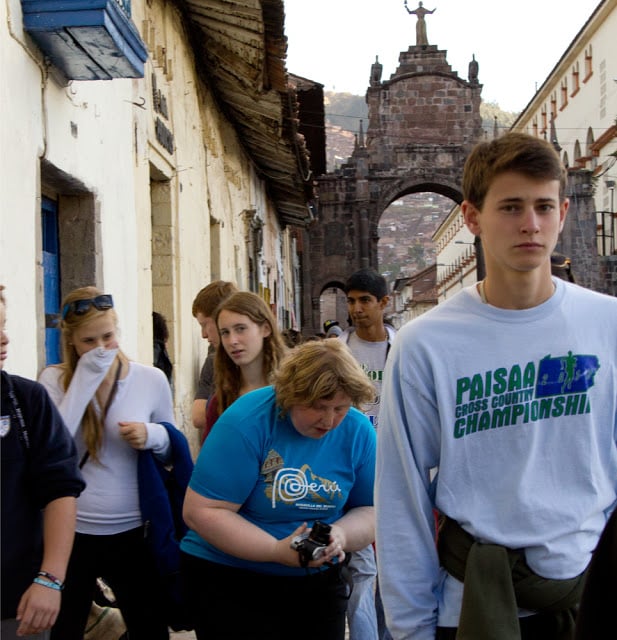 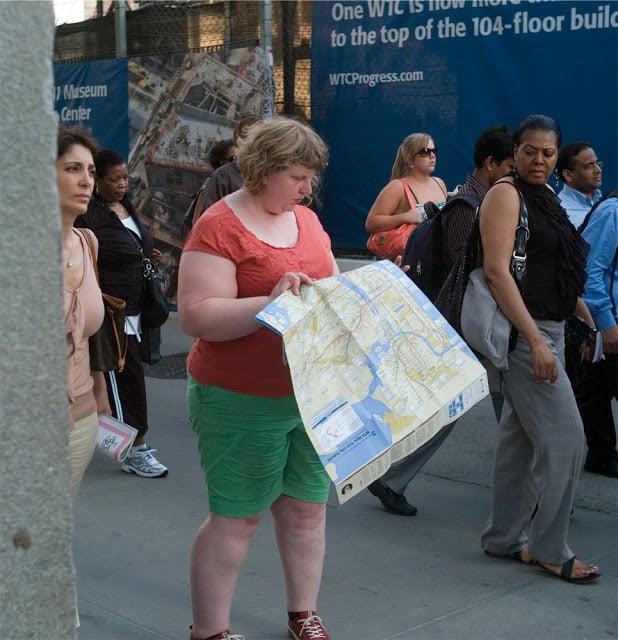 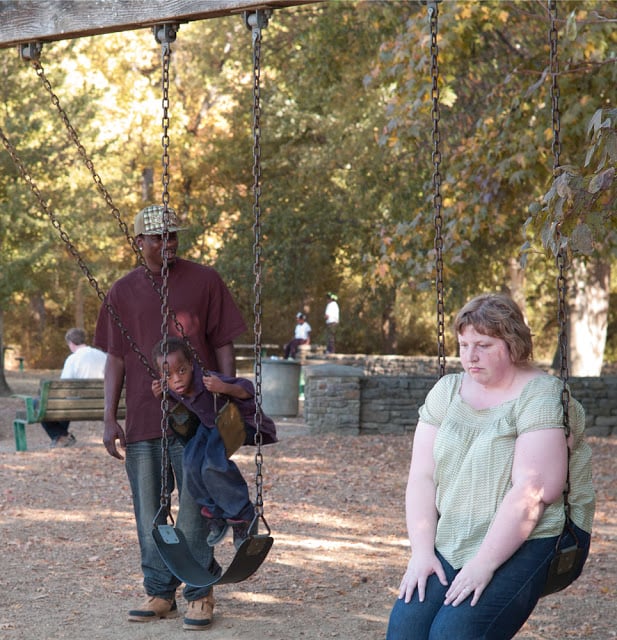 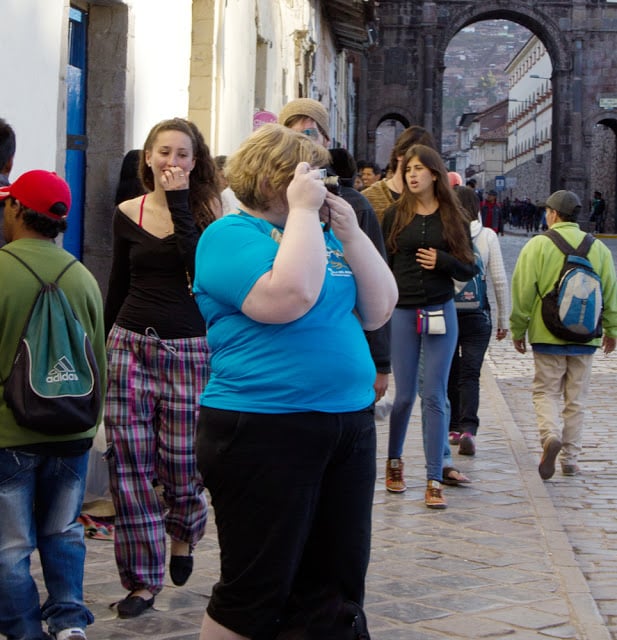 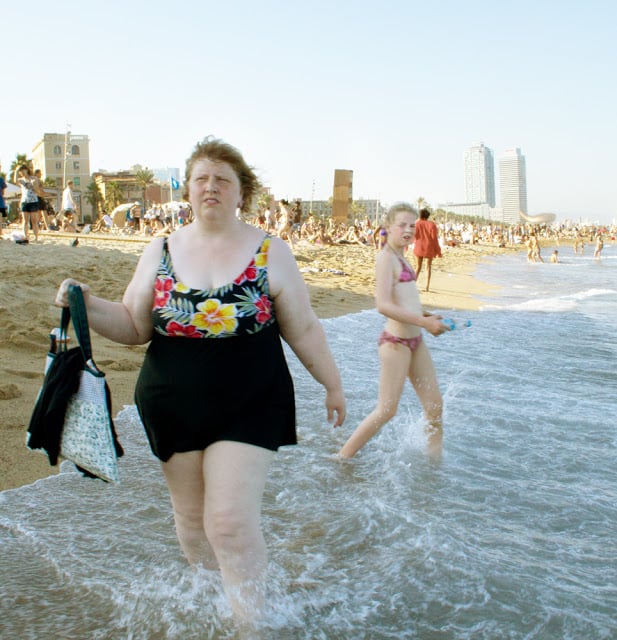 You can find more photos from this series over on Haley Morris-Cafiero’s personal website.

Image credits: Photographs by Haley Morris-Cafiero and used with permission