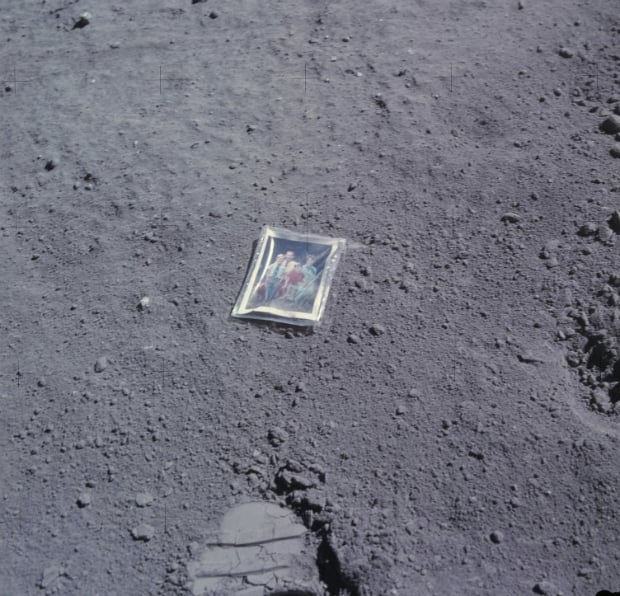 We’ve seen photography of the Moon, and photography taken on the Moon; people have even left photography gear up there. But this is the first we’ve heard of a photo from Earth, not only making it to the Moon, but staying there.

Fortunately, it was left there on purpose (Can you imagine? “Uhhh … John … we need to turn around, I forgot something…”), and the story behind the picture goes something like this.

On April 23, 1972, Apollo 16 astronaut Charlie Duke took his third and final jaunt on the moon. He and fellow astronaut John Young took the Lunar Rover exploring in the Descartes Highlands, and while they were there, Duke left a token on the surface of the Moon — a portrait of his family.

At the top you can see a picture that Duke snapped using his Hasselblad camera, showing the family photo a few inches above one of his space suit prints. 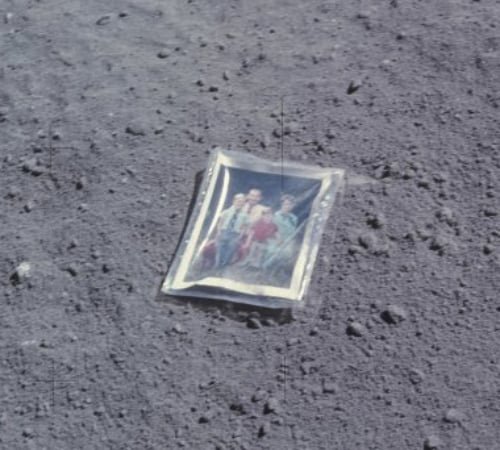 The photo depicts him, his wife Dorothy, and two sons Thomas and Charles posing on what looks like a park bench. And for over 40 years now, that photo (and corresponding boot print) has remained in the same exact spot. In a way, Duke not only took his family to the moon, they never left.

(via Universe Today via Retronaut)