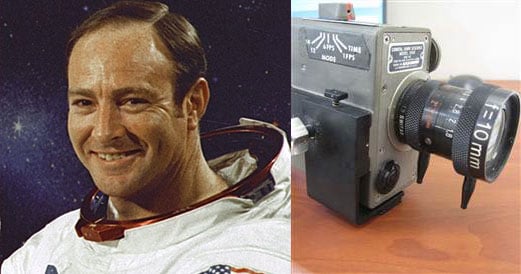 Between 1969 and 1972, NASA left 12 Hasselblad cameras on the moon to make room for moon rocks. One camera that wasn’t left there was a 16mm camera called the “Data Acquisition Camera” used during the Apollo 14 mission in 1971. It’s now in the center of a legal dispute between the US government and astronaut Edgar Mitchell, the sixth person to set foot on the moon. Mitchell claims that NASA allowed him to keep the camera as a souvenir after the mission, while NASA says that no evidence of this transfer ever took place. The camera was slated to be auctioned for an estimated $60,000-$80,000, but now NASA is suing Mitchell to get the camera back. The lawsuit states,

All equipment and property used during NASA operations remains the property of NASA unless explicitly released or transferred to another party.

Looks like those Hasselblads on the moon aren’t free for the taking after all. Shucks.

(via Reuters via Space)