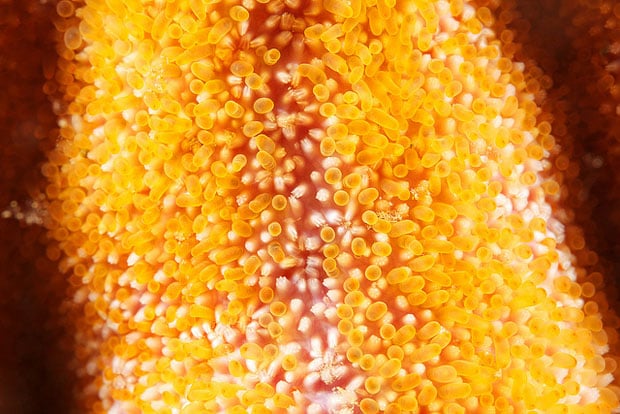 Alexander Semenov is an underwater photographer who doubles as a zoologist specializing in invertebrate animals. He recently decided to use macro photography to explore something you’ve probably never seen before in photographs: the rough surfaces of different species of starfish.


The resulting set of colorful photographs shows the beautiful complexity of starfish, as well as how different the surfaces of different species are from one another. 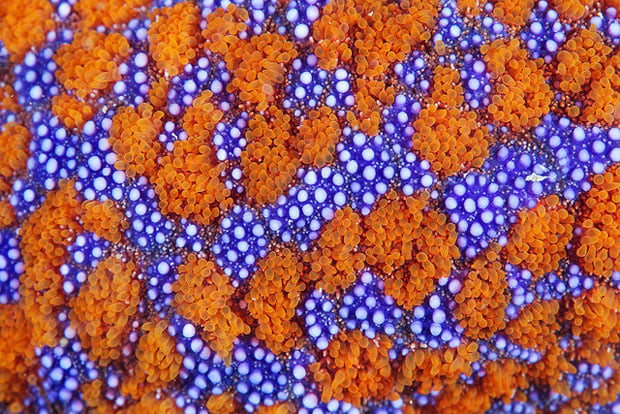 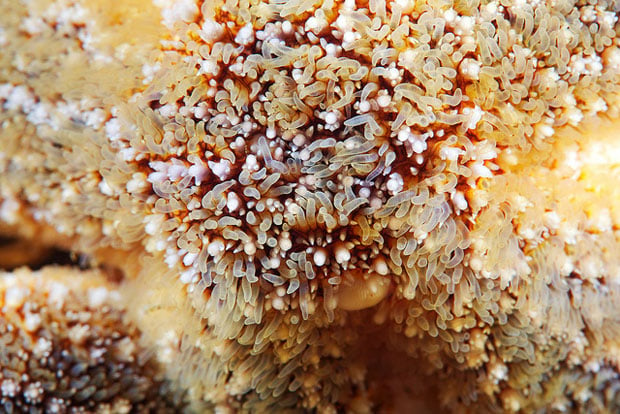 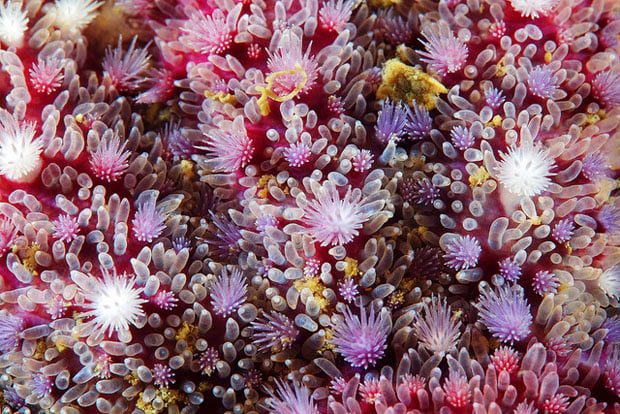 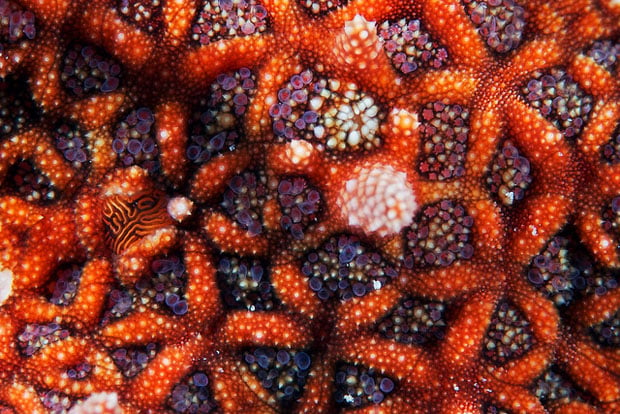 Here’s what Semenov has to say about his underwater photography:

When I first began to experiment with sea life photography I tried shooting small invertebrates for fun with my own old DSLR camera and without any professional lights or lenses. I collected the invertebrates under water and then I’ve shot them in the lab. After two or three months of failure after failure I ended up with a few good pictures, which I’ve showed to the crew. It has inspired us to buy a semi-professional camera complete with underwater housing and strobes. Thus I’ve spent the following field season trying to shoot the same creatures, but this time in their environment. It was much more difficult, and I spent another two months without any significant results. But when you’re working at something every day, you inevitably get a lot of experience. Eventually I began to get interesting photos — one or two from each dive. Now after four years of practice I get a few good shots almost every time I dive but I still have a lot of things that need to be mastered in underwater photography.

You can find more of Semenov’s gorgeous photos of underwater sea creatures on his website and through his Flickr page.

Image credits: Photographs by Alexander Semenov and used with permission