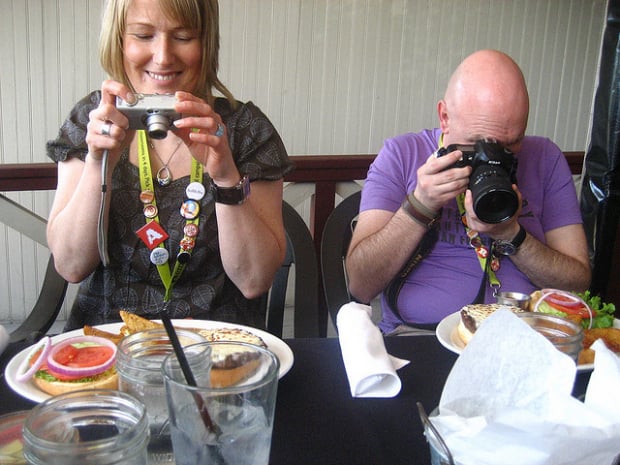 A new piece over at The New York Times is bringing to light an issue that, to be honest, we hadn’t realized had gotten so bad. Apparently, amateur food photography is out of control, forcing many restaurants to begin implementing bans or other photo related policies.


We’ve all seen someone pull out their iPhone and not-so-discreetly snap an Instagram photo of their entrée, but some of what chef David Bouley describes to the NYT goes way beyond that:

Given the intimate nature of many high-end eateries, a lot of them are now instituting flash photography bans, and some won’t even let you use your smartphone. At Momofuku Ko in New York, one patron was called out by an employee from the open kitchen for pulling out her iPhone for a quick picture. The restaurant only seats 12, so she was understandably embarrassed.

Granted, the article does come off a bit extreme, as if the problem has become so serious that you won’t get through a nice meal without someone pulling out a 5D and some strobes. But it seems that amateur food photography is no longer the stuff of jokes, it’s an actual problem.