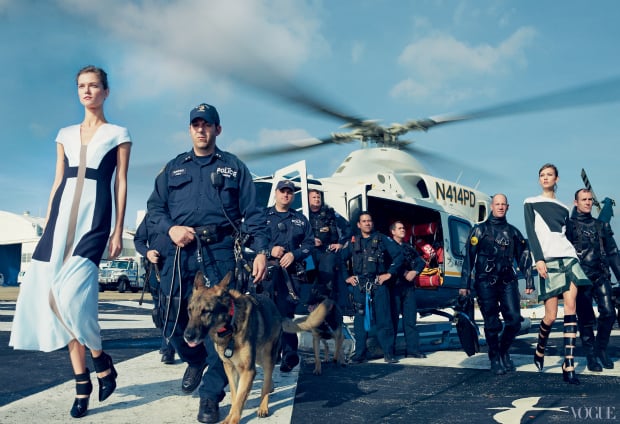 Back in November, Brazilian model Nana Gouvea felt the Internet’s wrath after she used the Hurricane Sandy aftermath as a backdrop to further her career. Needless to say, those photos did garner attention, just not the kind she wanted.

Now Vogue is on an eerily similar hot seat after their most recent issue contained a high fashion spread honoring Sandy responders. General opinion seems to be that the photos were in bad taste, relegating the first responders to ‘prop’ status while the Marc Jacobs and Michael Kors clad models took center stage. 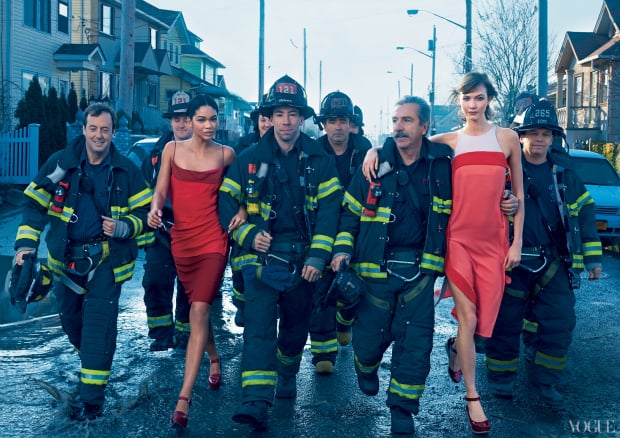 Even the photo captions have come under scrutiny. Pairing stories of the first responders’ heroic deeds with descriptions of the models’ clothes, hair and make-up makes them seem, at best, awkward.

For example, the caption for the photo above reads:

…“We jumped into the back of a high-water vehicle,” says paramedic Jason Verspoor, “and were able to evacuate about 30 or 40 people before we had to evacuate ourselves to higher ground—we spent the night on a bridge, then went back in with the National Guard to work on patients.” On Iman: Narciso Rodriguez camisole and pencil skirt. On Kloss: Diane von Furstenberg dress… Hair: Julien d’Ys for Julien d’Ys Makeup: Stéphane Marais Production design: Mary Howard 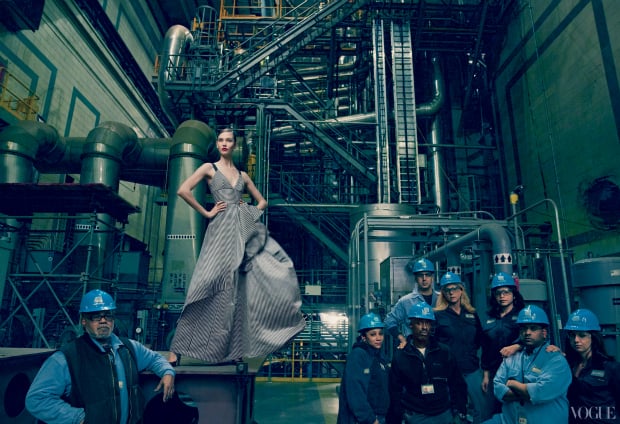 The photos were taken by famed photographer Annie Leibovitz and appear in the February 2013 issue of Vogue. But if you want to see all 6 and don’t see any need to buy the entire magazine, you can check them out on Vogue’s website.