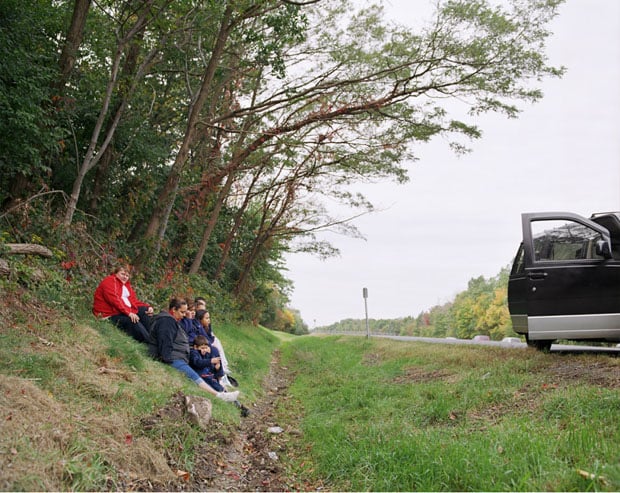 For the past five years, photographer Amy Stein has been driving across America and capturing portraits random strangers who are stranded on the side of the road after having their cars break down. She often drives on freeways hours upon hours before coming upon a new subject for the series.


Here’s what Stein says about her project, which is intended to be a metaphor for the challenges facing the United States:

Beginning with the government’s failed response to the flooding of New Orleans in 2005, the American people suffered through a series of devastating corruptions of their traditional structures of support. Stranded is a meditation on the despondence of the American psyche as this collapse of certainty left the country stuck in an unfamiliar space between distress and relief. In this series the car serves as both figurate symbol of American destiny and a literal representation of the personal breakdowns on the road to that promise. The images live in the road photography tradition of Robert Frank, Stephen Shore and Joel Sternfeld, but where they sought to capture the American experience through “the journey,” my photographs seek to tell the story of this time through the journey interrupted.

I have spent the past five plus years driving across America photographing stranded motorists. Finding subjects is a matter of chance and every encounter is tense because of the unusual circumstances of our interaction and the inherent danger of the roadside environment. Most of the photographs from this series can be found on a Google Map that documents my travels across the US.

Stein’s project is also intended to benefit the subjects, as she also offers her assistance to the unlucky commuters. In addition to her medium format camera and tripod, Stein always brings along items to help and refresh the subjects, including water, food, a jumper cable, and a jack. 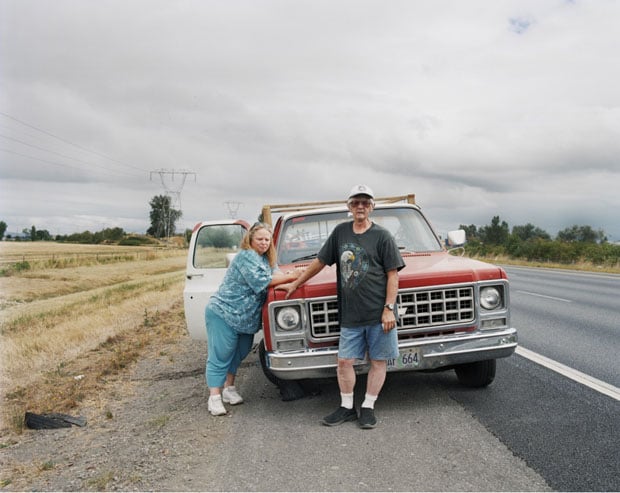 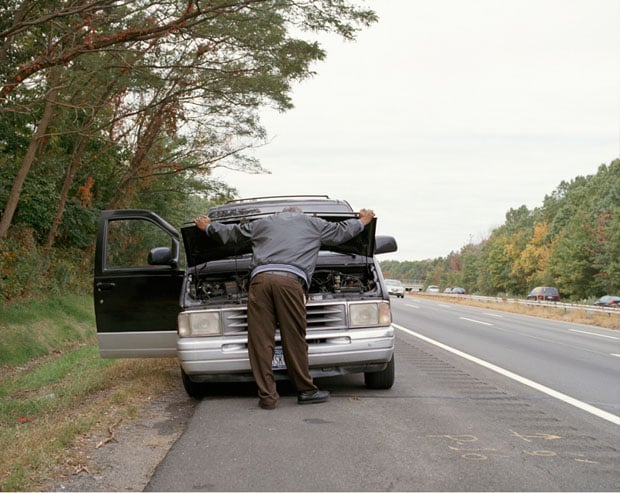 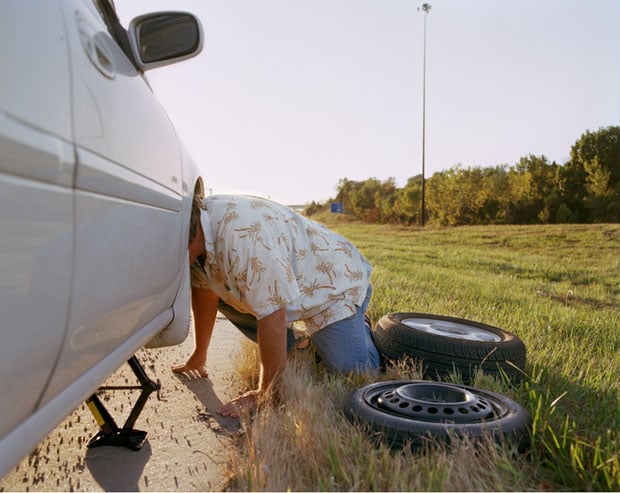 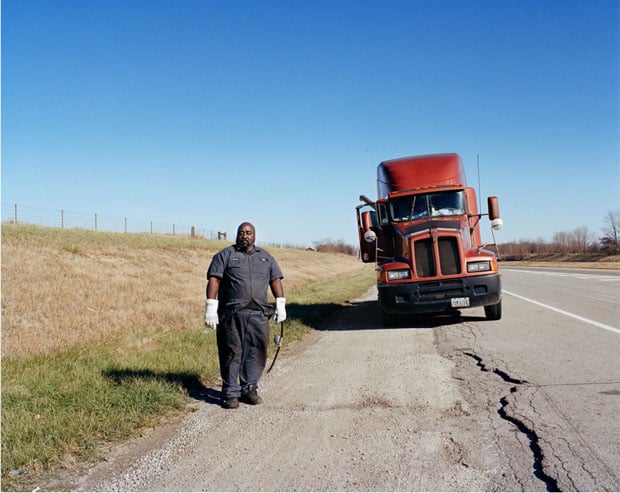 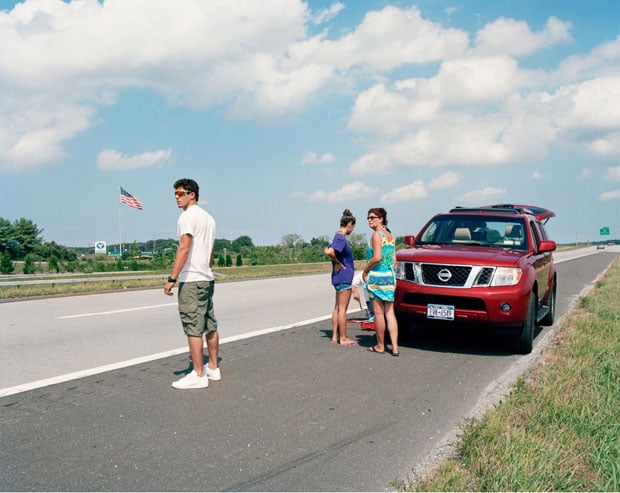 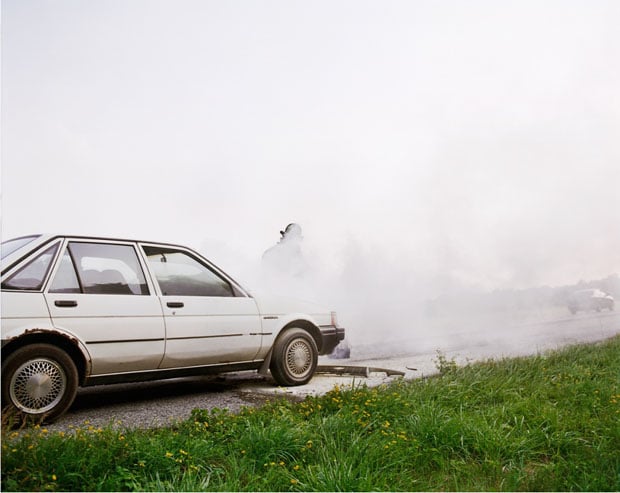 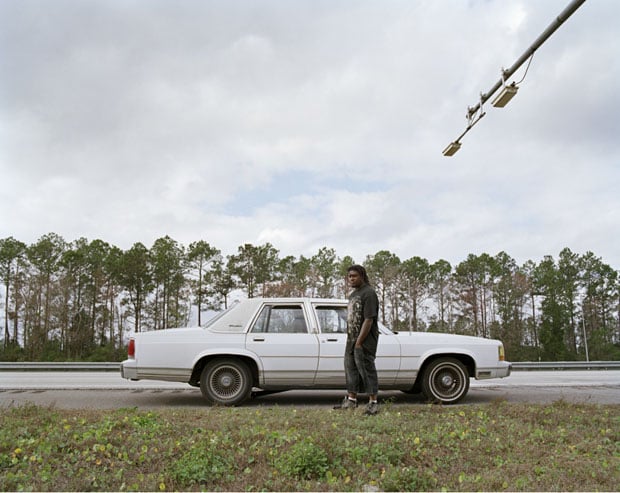 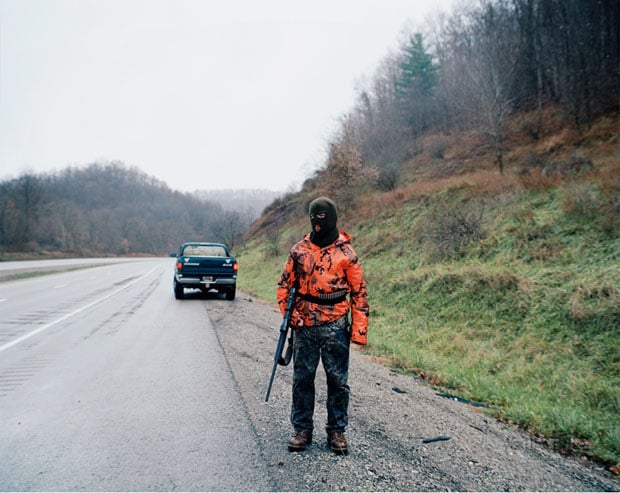 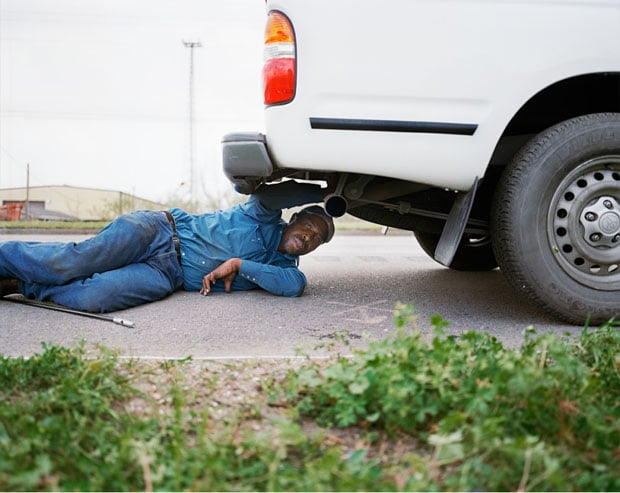 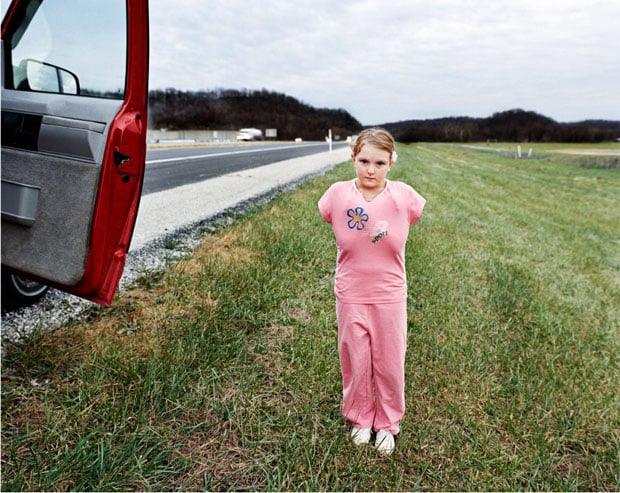 Head on over to the project’s gallery on Stein’s website to see more of these images.

Stranded by Amy Stein (via Wired)

Image credits: Photographs by Amy Stein and used with permission