Given the digital age, you’d think that companies would shy away from brick-and-mortar stores. But the lo-fi movement has been good to the instant photography giant, and so in addition to releasing a mirrorless camera later this year, Polaroid has decided to open up a chain of retail stores called “Fotobars.” The hope is that people will come to these stores and print the photos that have been lost somewhere in the zeros and ones of their digital devices.


The stores will offer printing and editing services, aimed at helping the digital generation rediscover the joys of photography you can actually hold. After wirelessly transferring photos from your Camera Roll, Facebook or Instagram onto one of the Fotobar’s workstations, you’ll be able to add filters (as if you hadn’t already), fix red-eye, and adjust values like contrast and brightness. 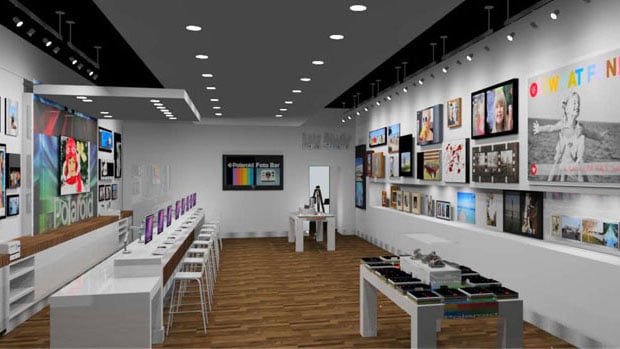 Once the photo is edited to your heart’s content, you can choose various framing and material options, including wood, bamboo and metal. This will encourage consumers to print and display their photos, turning buried digital copies into works of art.

Polaroid is about sharing life’s most precious and memorable moments. We have been, and continue to be, about self-expression, creativity and fun. Polaroid Fotobar retail stores represent a perfect modern expression of the values for which we have stood for 75 years.

The first of the stores is set to open in Delray Beach, Florida next week, complete with a “Studio” multi-purpose room for classes, private parties and displaying portrait work. That store will be followed by nine others located in high-profile cities like Las Vegas, New York and Boston by the end of 2013.

(via Polaroid Fotobar via The Next Web)