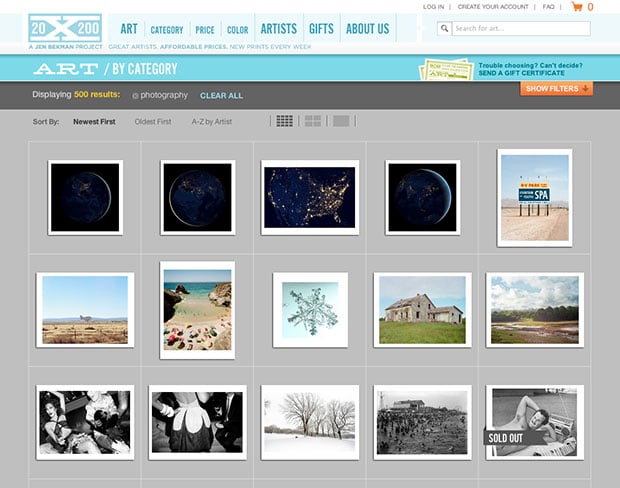 […] 20×200 founder  Jen Bekman […] works directly with artists, including established figures like William Wegman and Lawrence Weiner. She splits revenue with them down the middle after allowing for production costs, just as a traditional dealer would. On 20×200, prices range from $24 for an 8-by-10-inch print from an edition of 20 by an emerging artist to $10,000 for an 80-by-60-inch print by photographer Christian Chaize in an edition of two. “When I started, people were very skeptical about how selling a $24 print could be profitable,” Bekman recalls. “In fact a significant portion of our business—about 15 percent—comes from purchases over $500.” All told, Bekman has brought in approximately $15 million in cumulative revenue. Although several years in the red followed a profitable first year, 20×200 anticipates making a profit again in 2013.

As the Battle for the Online Art World Sharpens, How the Players Are Adapting [ArtInfo via PotB]