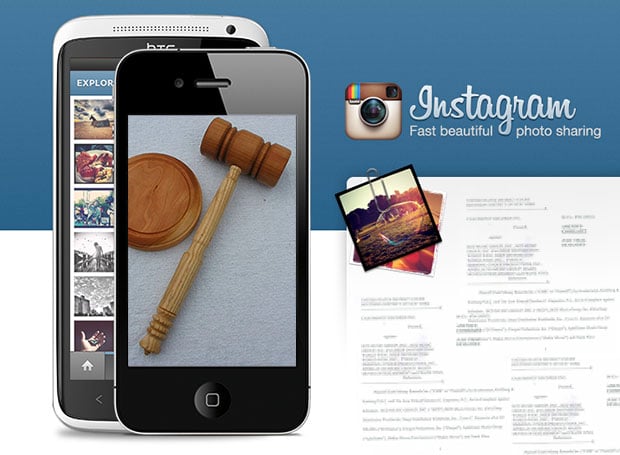 After Instagram backpedaled and removed some of the more controversial language in their new privacy policy agreement, it seemed the worst was over for the Facebook-owned company. The service has surely taken a hit, but when you have over 100M users, you can probably withstand quite a few. But in the words of Yogi Berra, “It ain’t over till it’s over,” and if Instagram user Lucy Funes and San Diego-based law firm Finkelstein & Krinsk have anything to say about it: it ain’t over. Those two parties have launched a class action lawsuit against the popular photo-sharing service.

After looking over the revised version of Instagram’s proposed policy changes, Ms. Fumes has decided that there are still several sections she’s less than satisfied with, and has enlisted the help of Finkelstein & Krinsk to make sure they don’t go into effect. 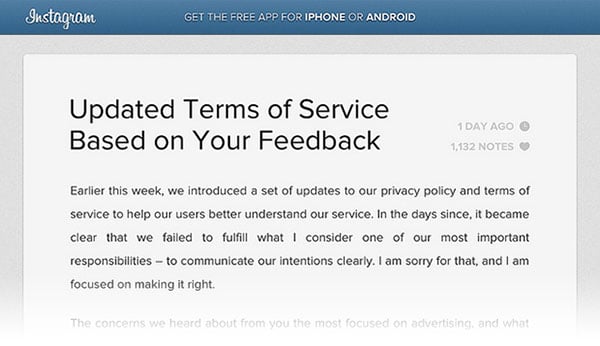 The specific portions that have been called into question are, ironically enough, fairly common on other social networking platforms. The basis of the argument is centered around three statements.

The first grants Instagram sublicensing rights, essentially letting advertisers pay Instagram to display your content as part of sponsored posts within the app (YouTube, Facebook and Flickr have already claimed this right). The second states that Instagram “may not always identify paid services, sponsored content, or commercial communications as such.” And the third eliminates the option of class action law suits, forcing any complaints to move directly to arbitration. 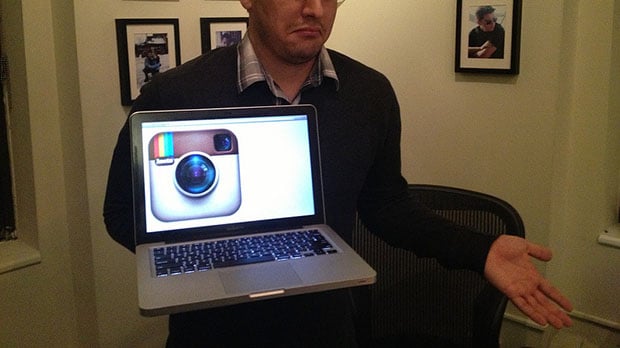 If all of the legal speak is still a bit too confusing for you, the TL;DR version goes something like this: Instagram can now let advertisers pay them to sponsor your posts within Instagram, without necessarily telling you the post is sponsored/from an advertiser, and if that pisses you off you’re not allowed to file a class action law suit about it.

Apparently Facebook’s not worried. In a statement given to Slate yesterday, a Facebook spokesman said that “We believe this complaint is without merit and we will fight it vigorously.” So stay tuned and we’ll do our best to keep you updated. Best case scenario, Instagram users get to keep the rights they’ve enjoyed since Instagram’s creation; worst case, Instagram’s privacy policy stats looking suspiciously similar to every other social networking/sharing site.

(via Slate and Reuters)

BTS: Documenting Lions in the African Bush For Over Thirty Years