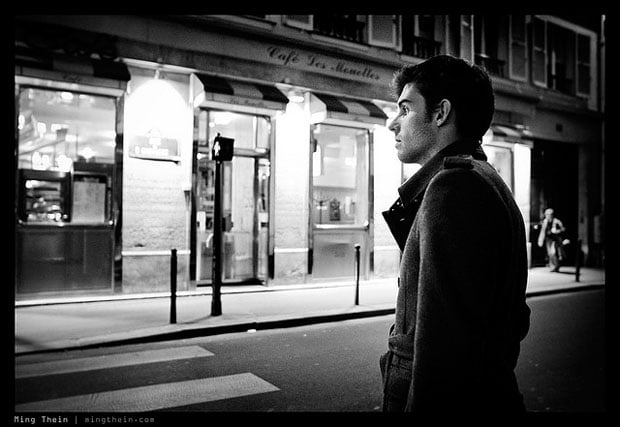 Street photography is a genre that every photographer will try at least once in his or her career. Its broad appeal stems from the fact that you can do it anywhere; there’s a human element to the images that captivate the viewer, and if done well, can make for some extremely arresting images.

However, it also requires balls. You have to get close enough to your subjects; and with people, invading personal space is uncomfortable (and possibly hazardous to health) for both photographer and subject.

There’s a slight snobbishness about shooting with a longer lens, too – it isn’t seen as being hardcore enough. In fact, these days, it seems if you’re not at f/8, hyperfocal distance and sticking your camera and flash right up to somebody’s nose, then you’re not really doing street photography. 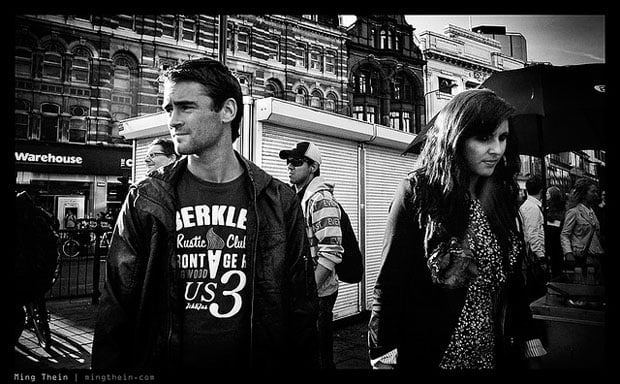 There’s another approach, though. I think it’s much, much harder to shoot wide open with a relatively wide lens – say nothing longer than 35mm – and shoot without your subject knowing you’re there. This is what I like to call the stealth method – you don’t want to draw attention to yourself, and better yet, shoot without even bringing the camera to your eye.

It takes a huge amount of skill and practice to nail shots this way, because you must be able to both guess focus correctly (if manually focusing) or know where your AF box is going to go – and at the same time know your lens well enough to visualize the field of view.

You also have to be incredibly fast about it, because moments are fleeting and not repeatable. I’m not going to name names, but there are a number of popular ‘street photographers’ who don’t and can’t do this because it’s extremely difficult to do, and the yield rate is quite low for ‘perfect’ shots. 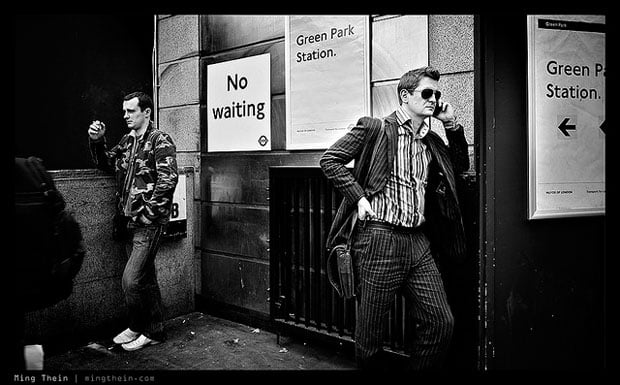 However, the biggest benefit to this approach is the fact that you don’t intimidate or scare your subjects. If you don’t make somebody angry, they’re far less likely to be unhappy or actively object to you taking a photograph. And if people do notice, don’t stare back or give a stern look – though it’s usually human nature – wave and smile, and you’ll be surprised how many people wave and smile back at you. They may even strike up a conversation and let you get a few more interesting images. 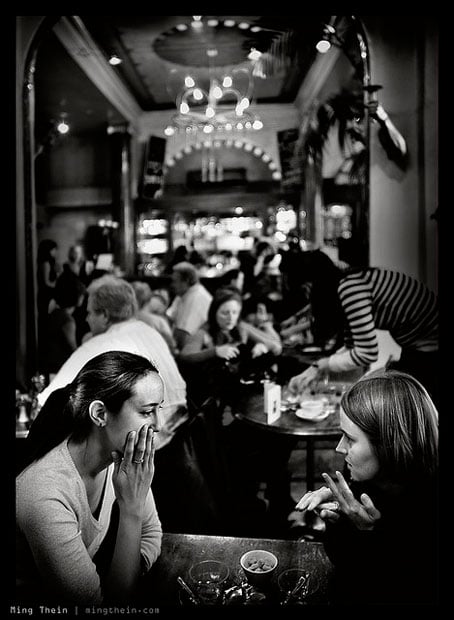 Basically, you as the observer won’t interfere with the scene – if you become a participant in the image, then the reaction you provoke from your subjects will necessarily disrupt whatever it was you initially wanted to capture. 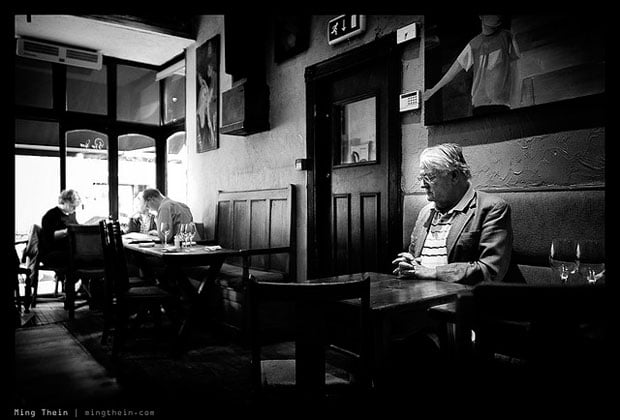 Bottom line: be anonymous, unmemorable, and blend in. If you’re in a touristy area, this might mean pretending to take random photos of everything and anything, whilst actually being very specific about what you’re looking for. Or it may mean using a compact and holding it in your hand, always being aware, and getting a grab frame in whenever you can.

It means having to be both anticipative and reactive; you’ve got to be a bit of a psychologist to figure out who’s going to do what when, so you can visualize the scene in advance and be ready to capture it. 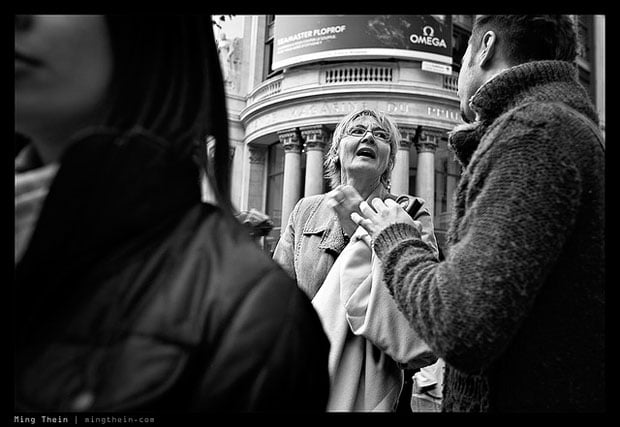 This brings me to the real meat of this article: what are the rights and wrongs of street photography? Yes, I do shoot a lot of random strangers, especially when traveling, and there are often shots I see but may not take for various reasons.

I don’t think it’s so much lack of chutzpah as the feeling that it may not be socially acceptable or ethically appropriate in various situations; photographing beggars and cripples is one of those things. Using people to portray contrasts or as anonymous human-scale elements in a frame is fine, but the one golden rule I stick to is that I’ll never take a shot that’s demeaning or potentially defamatory. You wouldn’t want the somebody to do the same to you, would you? 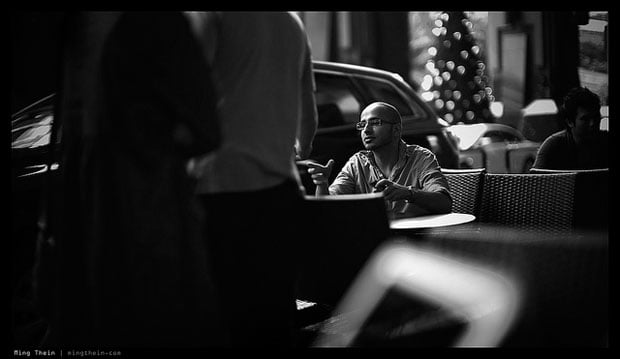 Then there’s the issue of where and when – in most countries, you’re allowed to photograph in public effectively without restriction. There may be certain rules on tripod use because of obstruction or perceived ‘commerciality’ of the images, but that varies from place to place; in any case, most of the time I don’t use a tripod because of the weight and inconvenience. 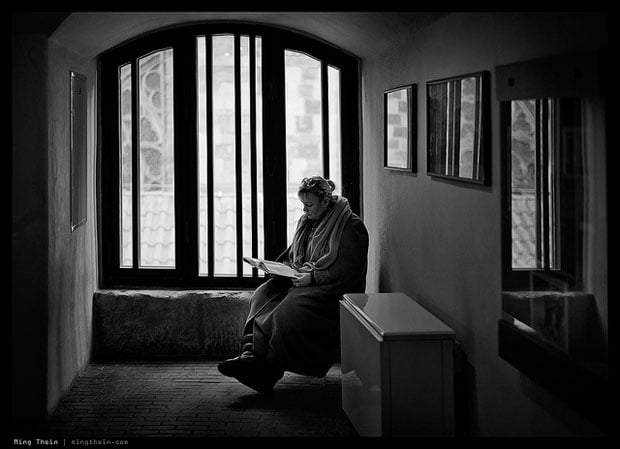 However, private property is exactly that: private. So if you’re told not to photograph, then you probably shouldn’t. And never use images for commercial or stock use if you don’t have the agreement of any identifiable individuals in the image. (Editorial use is different; you don’t need releases for people in news stories, but you also can’t really sell the images for anything else other than news.)

I would be careful in politically sensitive countries or around police or other law enforcement agencies – they may have good reason for you not to photograph something, and ignorance isn’t a defense in court. 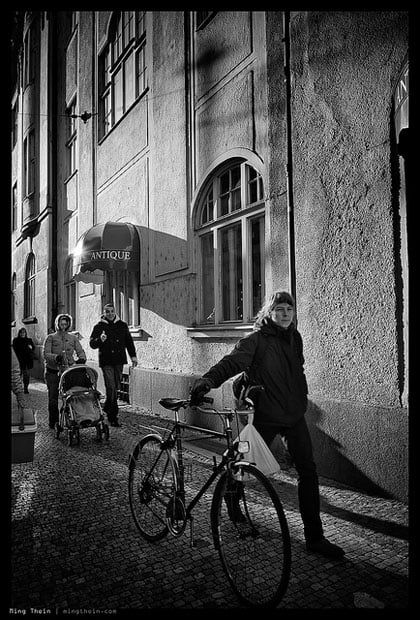 Finally, remember that in an increasingly connected world, we aren’t anonymous. It’s entirely possible for somebody to see themselves on another site somewhere; in fact, it’s happened to me a few times. It may be because I just look at more images than the average person and thus have a higher chance of seeing myself somewhere, but I’ve also had people message or email and say they were the person in the shot.

I usually just send the person a copy of the image by way of thank you; in any case, you can’t do anything commercially with it, so there’s no harm in releasing a copy. 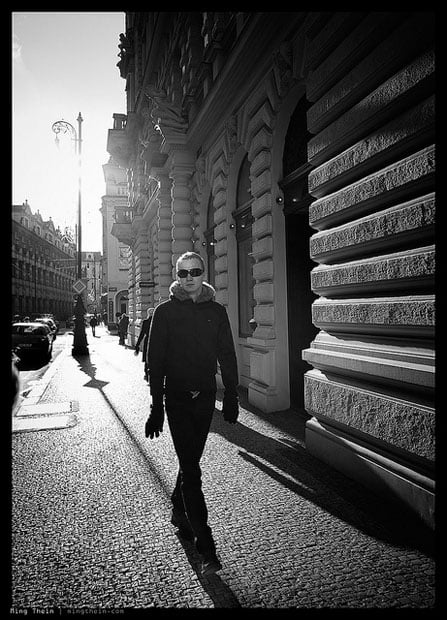 I think if you stick to what your gut tells you about common sense and public etiquette, then you should be safe. Unless you’re a photojournalist, it isn’t worth getting the shot and then getting in trouble for it – there are exceptions, but they’re far and few between.

Practice being fast and stealthy, but also courteous and friendly; and you’ll find that street photography isn’t so difficult after all.

Comic: The Instagram Hoopla Translated Into a Real-World Allegory