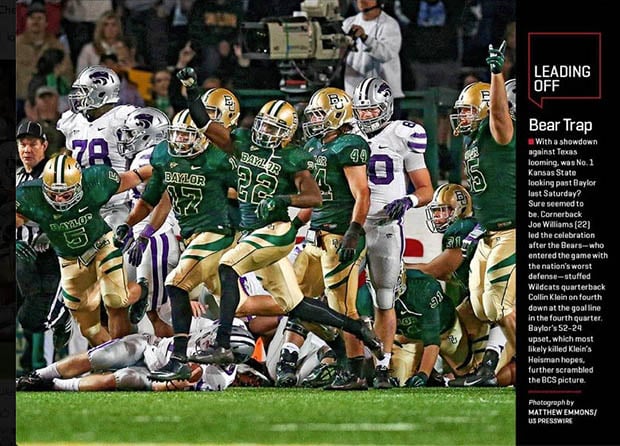 Last week, Sports Illustrated magazine published the above photograph by US Presswire photographer Matthew Emmons. Found in the “Leading Off” section, the photo shows the Baylor Bears football team celebrating after their upset victory over the #2 ranked Kansas State Wildcats.

The image has many people talking, not because of the unlikely event that it captures, but because it appears to be heavily manipulated. And it’s not just the fact that the picture looks like it passed through an HDR program, but that the Baylor football players didn’t wear green jerseys during that game. They wore black.

Here’s the photograph as it originally looked before Sports Illustrated photo editors got their hands on it: 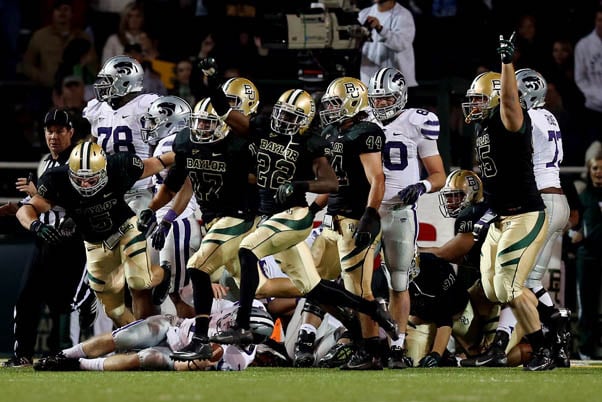 Louis DeLuca of The Dallas Morning News first spotted the discrepancy, and writes,

Yes, those are black jerseys. I also watched part of the game on TV and was sure I had seen black jerseys, only to pick up the copy of America’s most-venerated sports publication to see that a double-truck photo misrepresents the reality of what happened that Saturday night in Waco.

This may not seem like a big deal to some, but in an age where digital manipulation can, and is, eroding the public’s confidence in what they see produced by professional photojournalists as visual truth, do we really want to do this? I sure hope the answer is no.

DeLuca got in touch with Emmons, who stated that he had no role in the editing process:

I don’t know what S.I. did. As a photographer I have no contact with them. I transmit the photos to the wire and what publications do with the images after they receive them is on their shoulders. I can’t speculate about it. We capture the game as photographers, and transmit the scene as it was captured. Like your photographers on staff we transmit what we find, what we shoot. We’re a wire service that doesn’t manipulate the pictures. We’re about journalism integrity. We don’t change anything. 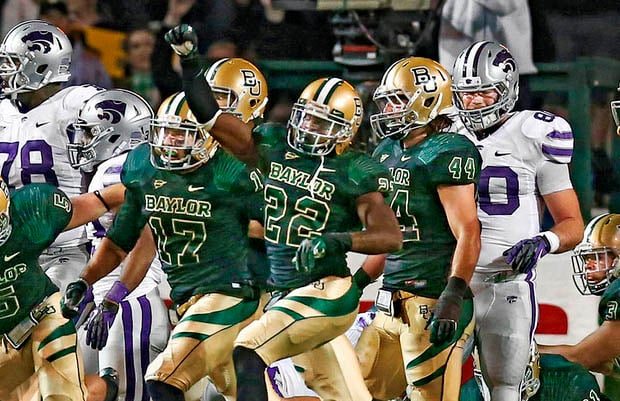 The folks over at sports blog Deadspin contacted Sports Illustrated, and received a response from spokesman Scott Novak:

[SI said that] the colorization was an “error” that led to the colors being “misleading.” He pledged the magazine would run a correction next week, but refused to answer when asked exactly what error would lead to this kind of extreme photo manipulation. This isn’t just an artifact of Adobe Photoshop’s “Shadows/Highlights” function, used often to brighten too-dark images. The image is heavily manipulated, from various players’ skin tones to the addition of an extra layer of grass at the bottom

You can find a higher-resolution version of the Sports Illustrated image here.

Just to see if Emmons’ original image would turn green with standard post-processing edits (e.g. fill light, recovery, etc.), we threw it into Adobe Camera Raw and boosted Fill Light all the way to 100% (and Recovery up as well). Here’s what we got: 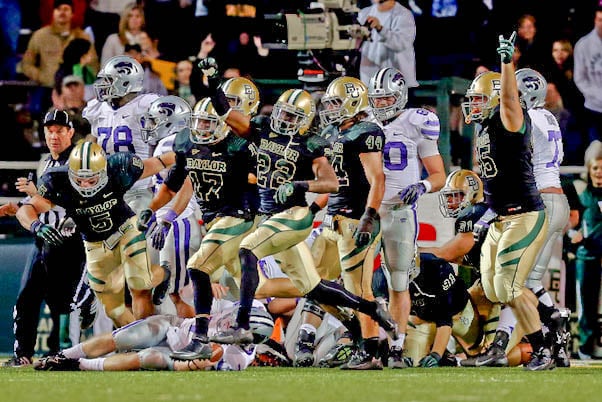 It looks much more like an HDR photo, but nothing like the SI image. The uniforms are still black.

DeLuca says that he refuses to buy any more issues of Sports Illustrated unless the magazine gives him an explanation he buys.