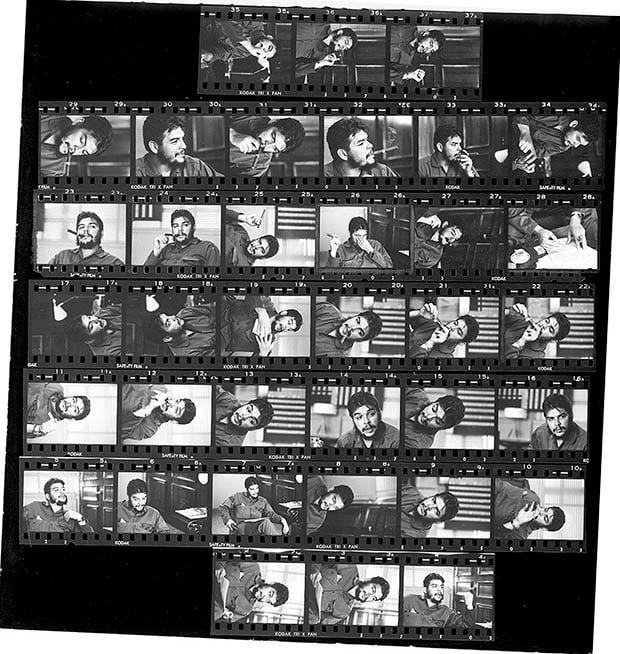 Imagine you were a newspaper photo editor back in 1963, and Swiss Magnum photographer René Burri handed you the contact sheet above filled with portraits of revolutionary Che Guevara. Which photograph would you select for publication?

You might recognize one of the photographs, since it has become one of the most iconic portraits created of Che.


For the image above, we actually desaturated it and Photoshopped out some of the red china marker boxes in order to not draw attention to the iconic shot. 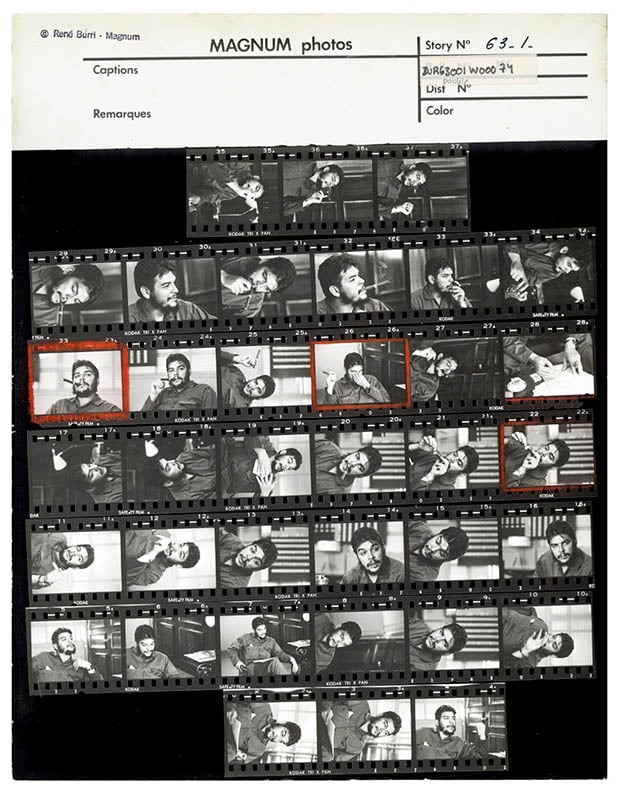 This is the portrait from the shoot that went on to become widely recognized:

Andrew Pulver over at The Guardian interviewed Burri back in 2010, and revealed some of the interesting backstory behind this image. Burri states,

For two and a half hours I could just dance around them with my camera. It was an incredible opportunity to shoot Che in all kinds of situations: smiling, furious, from the back, from the front. I used up eight rolls of film. He didn’t look at me once, he was so engaged with trying to convince her with maps and graphs. She was a chain-smoker, and he occasionally lit up one of his cigars.

After returning back to the States, the now-defunct Look magazine ran a 16-20 page interview with Che, and published this photo… on 1/8 of a page amidst the text and other images.

The photo began growing in iconic significance after Che’s death in 1967.

So back to the original question. Is this shot the one you would have picked from the contact sheet?