If you’ve ever played any of the Pokémon video games, you probably know it feels like to spend hours or days trying to capture a rare monster in order to fill in another entry in your Pokédex. National Geographic photographer Tim Laman knows that feeling through his photography project titled Birds of Paradise. Laman spent a whopping eight years photographing all 39 birds-of-paradise species in the rainforests of New Guinea — the first time it has ever been done.

The behind-the-scenes video above shows how Laman spent countless hours perched atop trees, patiently waiting, hoping, and praying for the birds to land on a nearby branch.

Laman […] has an unusual career in which the skills he mastered as a Boy Scout—camping, backpacking, archery—are essential. In 2003, he teamed up with Edwin Scholes, an ornithologist at the Cornell Lab of Ornithology, in a partnership that would take them on 18 trips to New Guinea. Through rain, floods, and interminable waiting for birds to show up at the right time, on the right branch, in the right light, they sought birds of paradise at 51 field sites. The life of a scientist-explorer isn’t exactly easy: it involved traversing flooded forests, rough boat rides, and being dropped off by helicopter in remote jungle. Laman climbed 165 feet up into trees and set up bird blinds and leafcams, staking out some of the most exotic animals on Earth.

One of the tools Laman uses is a DSLR that’s camouflaged as a big leaf: 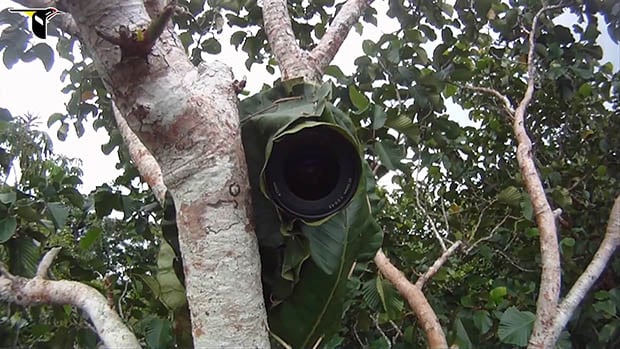 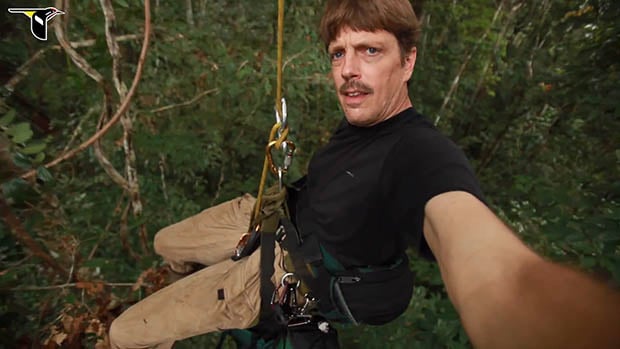 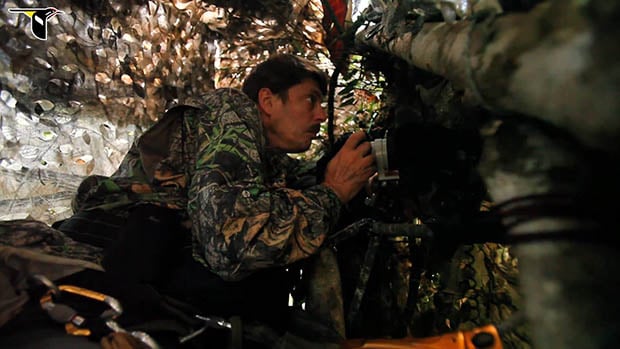 From the inception of the project, Laman had in mind a particular photograph of a bird-of-paradise resting in the foreground and the rainforest in the background. He eventually ended up capturing exactly what he wanted when he snapped a photo of a Greater Bird-of-Paradise (one of the 39 species): 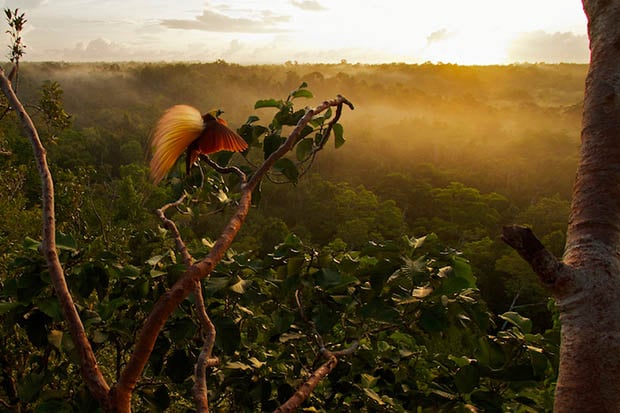 You can view all of Laman’s Bird of Paradise photographs over on his website. They’ve also been published as a hardcover photobook that can be purchased over on Amazon.

Birds of Paradise by Tim Laman (via The Boston Globe)

Will.i.am to Launch iPhone Add-On That Boosts Resolution to 14MP

9 Months of Pregnancy, 1000 Photos, and a 4-Minute Stop-Motion Story