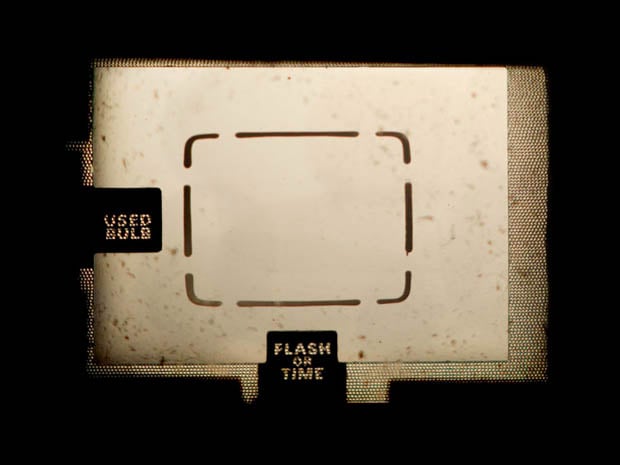 Photographs are usually captured through viewfinders, not of viewfinders, but photographer Meggan Gould has a photo project featuring the latter. Aptly named “Viewfinders,” Gould’s series turns old analog camera viewfinders into the subject of photos, documenting both the variety of viewfinder designs and the inevitable wear and tear that results from decades of use.

Here’s what Gould tells us about her project:

I began shooting the Viewfinders after teaching analog photography for a number of years – I found myself telling students every semester that the gunk they see embedded in the viewfinder is not going to show up in the picture, explaining the camera mechanics. After saying it enough times, I began to think more about that mediation of the apparatus itself, and began to try to photograph the viewfinders, to isolate them from the world beyond – and I found them fascinating as I did. Amazing differences in how the manufacturers make them – text, font choices, colors, shapes… never mind the histories of individual camera use, with hair, mold, dust, cracks…

Most of the photographs are composites of multiple DSLR frames taken with ludicrous macro contraptions that I experiment with for each camera shot – many of the viewfinders are tiny, and replicating the experience of peering through them is impossible to do in one straight frame. Sometimes I dismantle cameras to get at the glass or plastic forms… each one becomes something of a game. 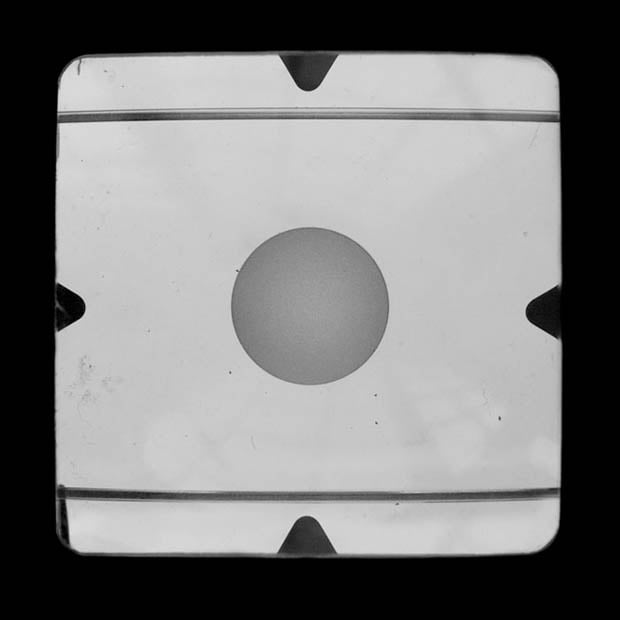 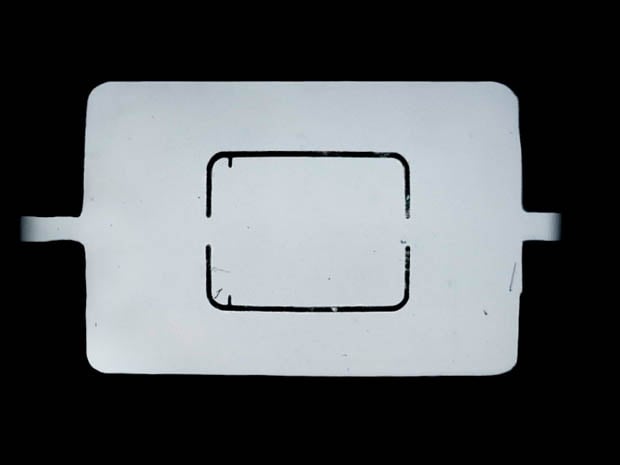 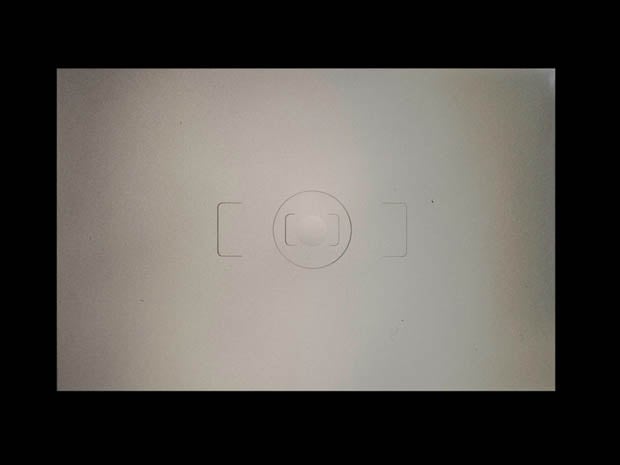 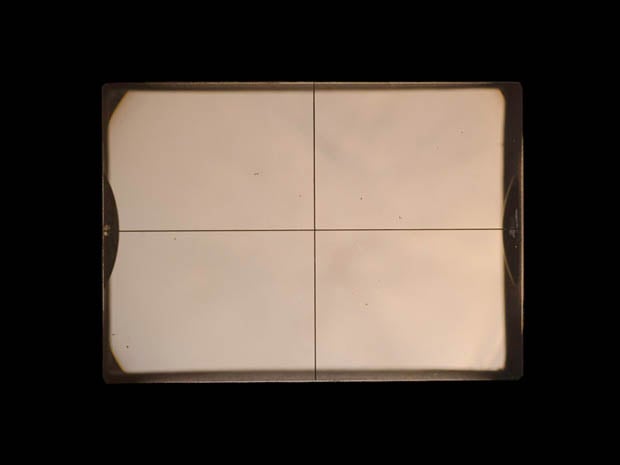 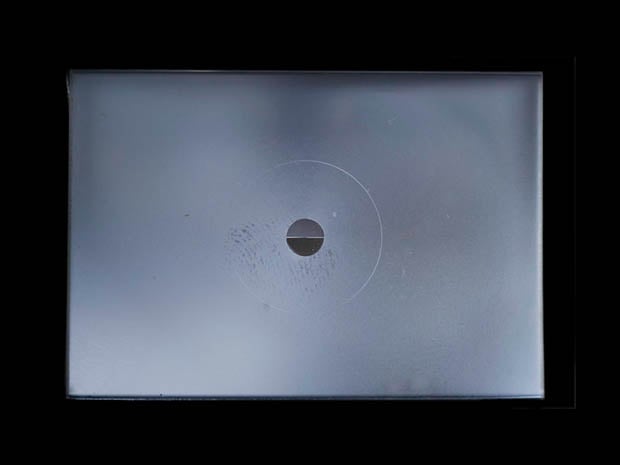 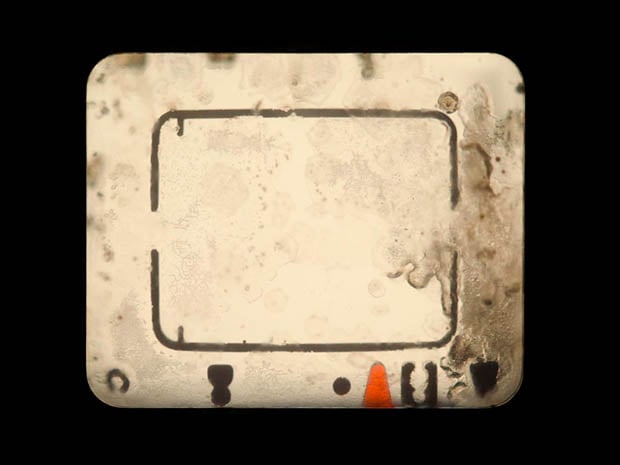 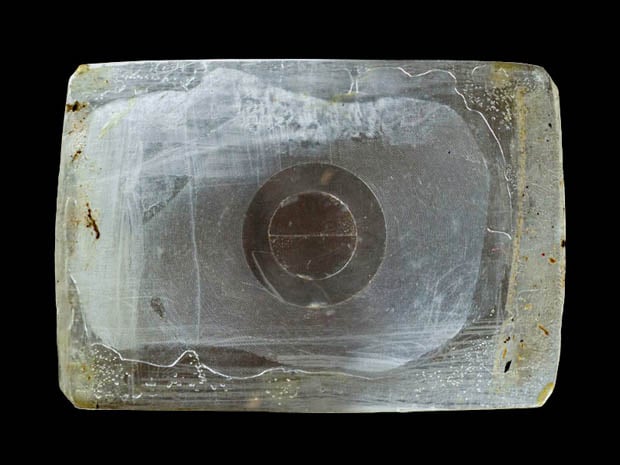 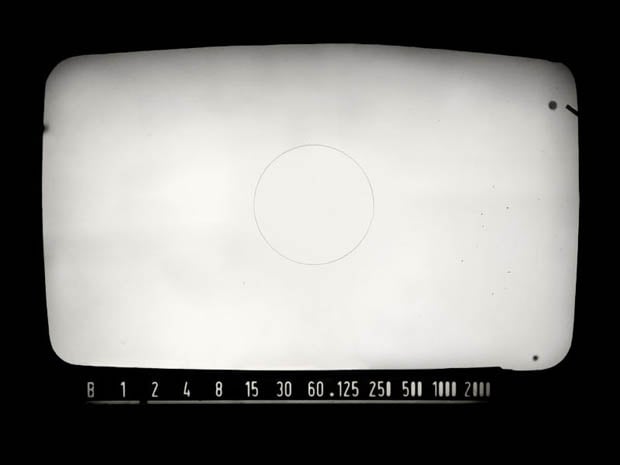 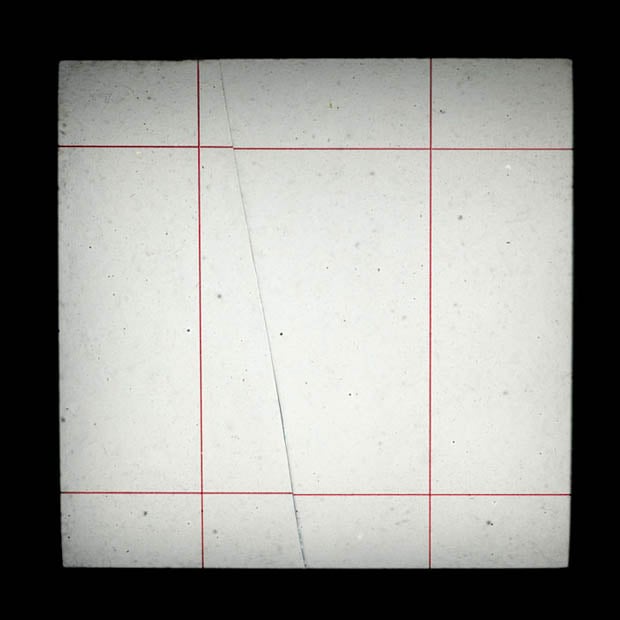 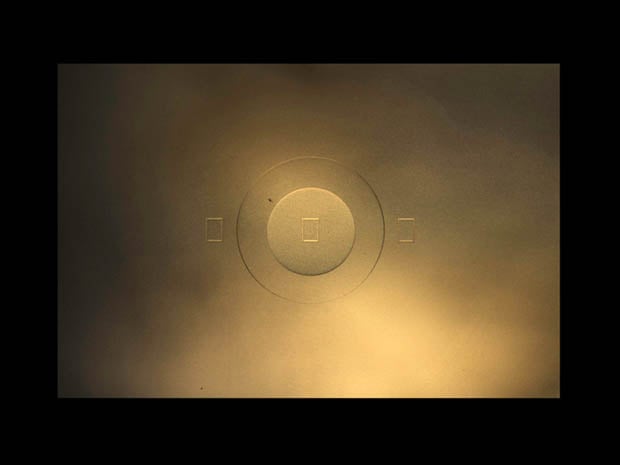 Major kudos if you can recognize any of the cameras featured in these photos — leave a comment with the models!

You can see more of Gould’s work over on her website.

P.S. Did you know that direct viewfinders are “essentially miniature Galilean telescopes“?

Image credits: Photographs by Meggan Gould and used with permission

The First Hoax Photograph Ever Shot