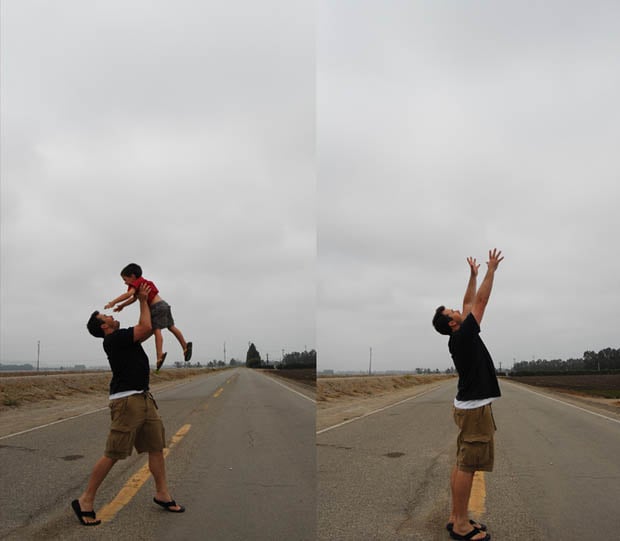 In 2008, I had this kooky idea to take my then 4-year-old son out to an abandoned road and throw him into the air, since it seemed most fathers like to do this with their kids. There was this long, abandoned road near my house, so we set up there. After getting my Nikon D200, self-timer, and tripod ready, my son decided that he didn’t want to be thrown into the air, so I just held him up instead. I then took another photo of myself looking up with my arms extended.

Using Photoshop, I created a manipulated photo showing him many feet above me, exaggerating the results with the assumption that most people would know I didn’t/couldn’t actually do this — I’m not that strong: 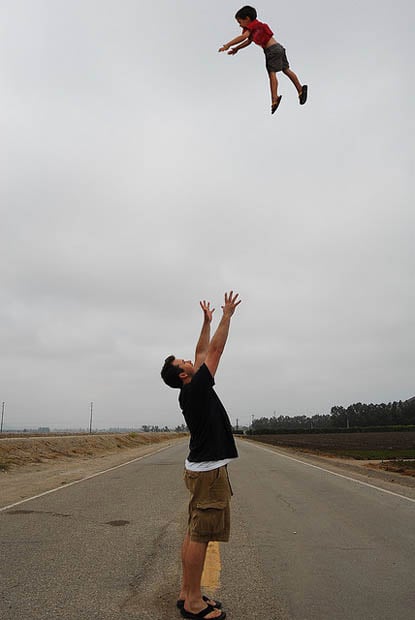 I posted it on Flickr in August of 2008 and people liked it. Then a few nights ago, my friend on Facebook shared a funny meme that has been circulating around the Internets the last few days. I was shocked to find it was my photo, manipulated and annotated with the following phrases (and I’ll admit, it’s funny): 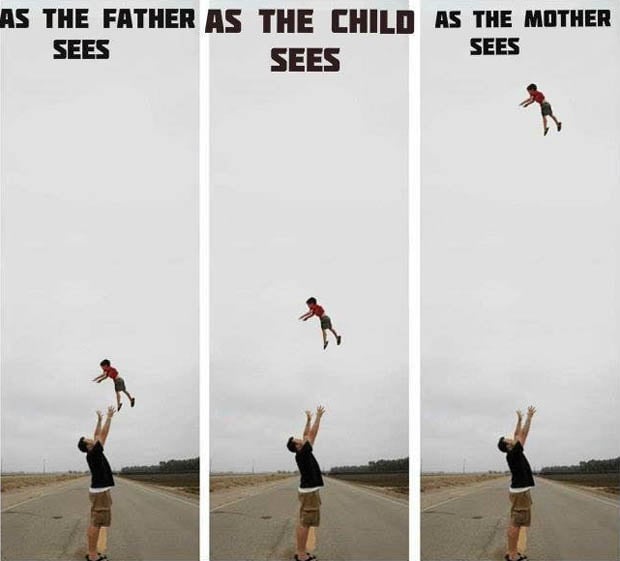 I asked the Facebook page to remove it, but the admin replied, “Tell that to all the websites with this photo. It’s everywhere”. Oh boy.

Soon I discovered it on the front page of Reddit, being bounced around Tumblr, pinned all over Pinterest, and across joke and mommy pages on Facebook. It was even translated into a Russian-language photo showing my son being hit by a missle and me being hit by some sort of Soviet transport vehicle: 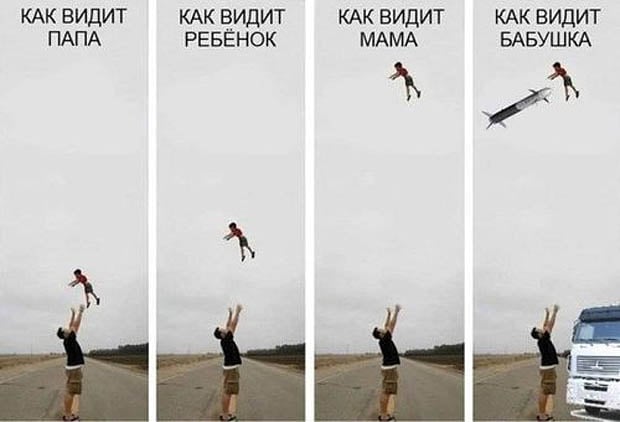 The best part was how certain people responded to seeing the photo(s) — they believed it was real: 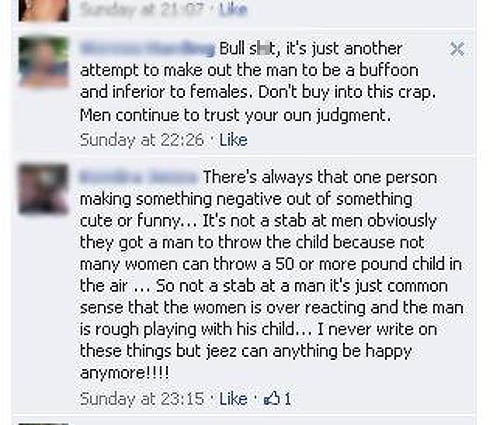 What it all comes down to is this: the photo was stolen. No one paid me a dime to use it, and it has been seen by millions of people. Both my son and I are identifiable in the image.

No one was hurt. No one was disgraced or humiliated, and Child Protective Services didn’t come knocking on my door. It’s all good fun.

Nonetheless, the photo was stolen and edited without my permission. I just wish I had a penny for every time it was viewed/shared — my son could have his own college scholarship. He’d be willing to be tossed into the air for that, but that’d probably be bad for his brain.

About the author: John Mueller is a professional wedding, portrait and landscape photographer based in Ventura County, CA. He is active on Flickr and on on Facebook.

Time-Lapse Shows Sandy Battering NYC and the Lights Going Out

Tip: Score a Good Deal on a Fog Machine at Post-Halloween Sales