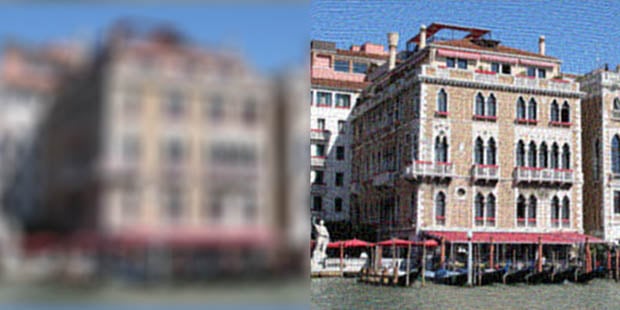 People often laugh and poke fun at the cliche of impossible image enhancements seen in TV shows and movies, but you won’t be laughing when you see what SmartDeblur can do — you’ll be gawking in amazement. Created by programmer and image processing expert Vladimir Yuzhikov, the program can magically reveal details in photographs that are blurry due to poor focusing and/or shaky hands.


In a length article explaining how the technology works, Yuzhikov writes,

Many people think that blurring is an irreversible operation and the information in this case is lost for good, because each pixel turns into a spot, everything mixes up, and in case of a big blur radius we will get a flat color all over the image. But it is not quite true—all the information just becomes redistributed in accordance with some rules and can be definitely restored with certain assumptions.

His program takes this redistributed information and — like in the case of Humpty Dumpty — puts it back together again. Here’s what the software looks like when you open it up: 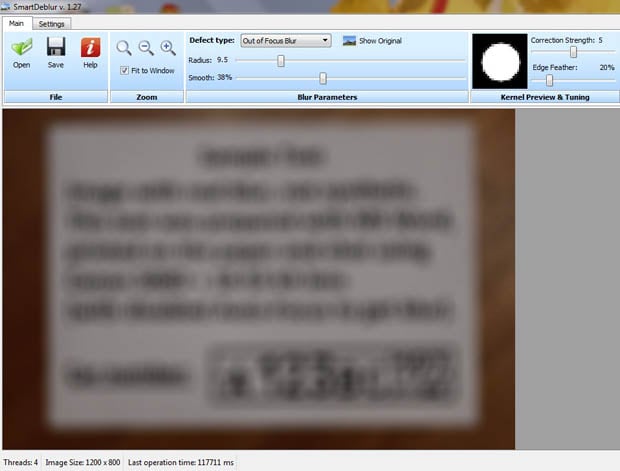 The process is simple. First, you choose the defect type that you’re working with: out of focus, motion blur, or Gaussian blur. Next, you drag the Radius slider until the details you want come into focus. Finally, you drag the Smooth slider until you arrive at your desired quality.

In the screenshot above, the program is loaded with a sample photograph of words printed on a piece of paper — a photograph that’s so out of focus that none of the words are legible. Here’s what the program can recover from that photograph: 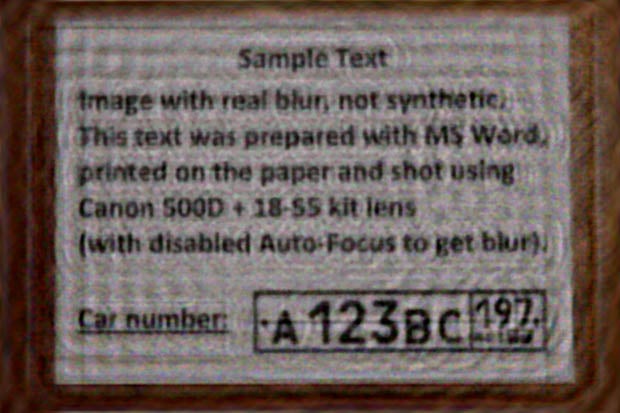 The program magically makes the text in the blurry photograph readable.

Official samples are usually chosen for their ability to demonstrate the strengths of what’s being tested, so we also did some tests using photos of our own. We shot an intentionally out-of-focus photograph of a page in a magazine, and then attempted to recover the text. Here’s the before-and-after: 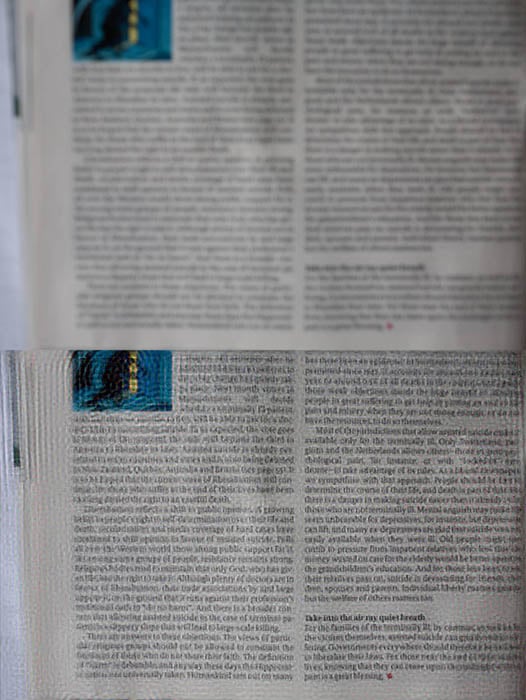 What was once a blurry mess was turned into a sharper and slightly more legible mess. Amazingly, we could actually read a good number of the words from the fixed photograph.

Here’s another before-and-after example, shot by Yuzhikov himself using a Canon 500D: 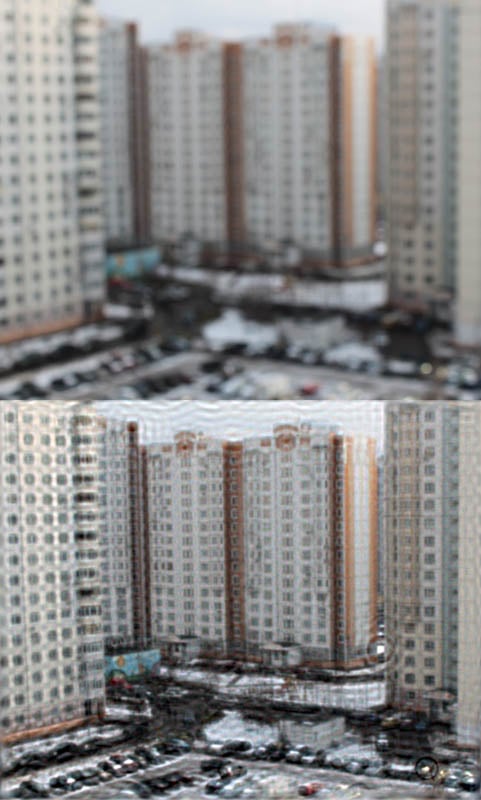 In our experience, the software is hit-and-miss. Photos need to be blurry in the correct way for the program to do its magic, but when it does it’s quite amazing. Another thing to note is that the results aren’t very aesthetically pleasing — there are halos and artifacts everywhere. It’s not so much for geared toward photography as it is toward forensics — recovering important details from previously unusable images.

You might remember that late last year, we reported that Adobe is hard at work researching the same thing. Their preview of the technology and sample photos dropped a lot of jaws at the time, with people everywhere begging for the feature to be offered in the next iteration of Photoshop.

We still haven’t seen Adobe’s technology appear in the wild, but Yuzhikov’s is already available. You can find it as a free download for Windows over at GitHub. Go ahead — give it a shot on your own photographs and let us know how it performs!

SmartDeblur (via Vladimir Yuzhikov via Gizmodo)