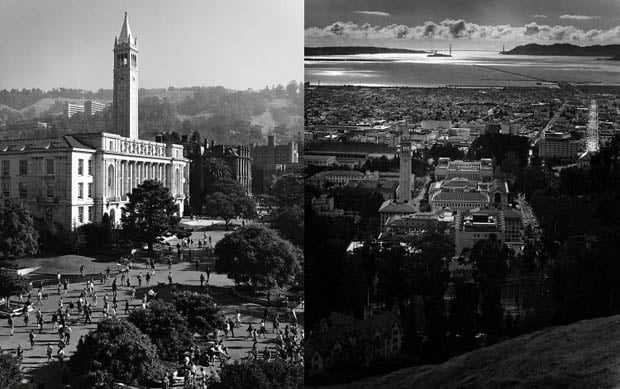 UC Berkeley’s library system is the fourth largest library in the United States, so it’s no wonder that treasures are often forgotten and buried inside the rare collections. Case in point: a massive collection of signed prints by Ansel Adams have been discovered in one of the 32 libraries, just sitting around in a box.

The San Francisco Chronicle writes that dance professor Catherine Cole made the discovery after following a trail of documents:

“I kept seeing the name Ansel Adams and thought ‘what the heck is he doing all over the UC archives,’ ” says Cole, who followed this lead to the Bancroft Library, where 605 signed fine prints by Adams sat in a box, among the university’s rare collections.

[…] “This is an extraordinary resource that has been buried like a time capsule,” says Cole, 49, who discovered the prints while doing independent research on the California Master Plan for Higher Education.

Adams had been commissioned in 1964 to photograph the University of California school system by then-President Clark Kerr.

If you’re in the Berkeley area, you should stop by the Bancroft Library Gallery, where 50 of the beautiful photographs are now on display for free public viewing. Most of the found prints have never been exhibited before, so you’ll be in for a treat!

A Handy Guide to Not Sucking So Bad on Instagram