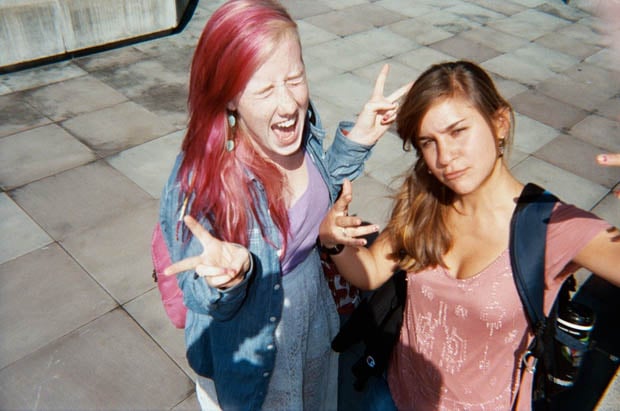 Ithaca College, a small private school in New York, recently conducted a fun photo experiment to capture a day in the life of the students on campus. Instead of sending a photographer around to various student hotspots, the student social media team left ten disposal cameras in five locations around campus with a note that read:

Hey, I just left this camera here for the day. Take some fun pictures with you and your friends! I’ll be back later to pick it up

At the end of the day, all the cameras were collected, all the film was developed, revealing an “authentic view of a day at Ithaca College.”

Here’s a video showing how the project went down:

…and some more photos that resulted: 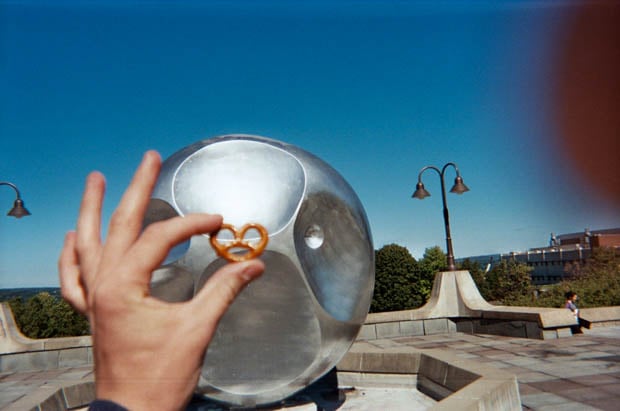 You can see the entire collection of photographs shot that day on this Tumblr site dedicated to the project. While many of the photographs are self-portraits taken by students who obediently followed the directions, there are a number of artsy ones (including some of the ones we collected here) by students trying to “think outside the box.”

We’ve featured similar disposable camera projects here in the past. Here’s a video showing how people respond to disposable cams left lying around in public, and here’s a look at what results when the cameras are placed around NYC.