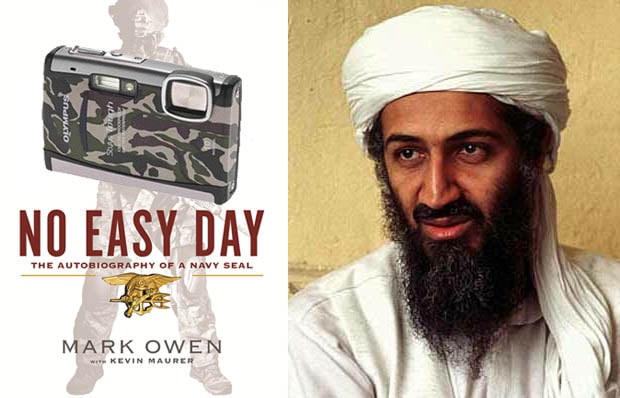 After Osama bin Laden’s death in May 2011, there was immediately a public outcry for the release of photos showing his dead body. The AP even took legal action to force the publication of the images, but that effort was squashed by a federal judge earlier this year.

While it’s unlikely that we’ll ever set eyes on the photos in question, more information on how they were captured is emerging.

One of the members of Seal Team 6, which carried out the operation, has penned a new book titled No Easy Day: The Firsthand Account of the Mission that Killed Osama bin Laden. Writing under the pseudonym “Mark Owen”, the author offers a behind-the-scenes glimpse into how the mission went down.

Dan Havlik of Imaging Resource writes that the book contains some interesting snippets describing how — and with what camera — the photos were shot:

My camera, a digital Olympus point-and-shoot, was in my right shoulder pocket,

[…] Tossing the blanket away, I pulled out the camera that I’d used to shoot hundreds of pictures over the last few years and started snapping photos. We’d all gotten real good taking these kinds of photos. We’d been playing CSI Afghanistan for years.

[…] “How are all the pics coming out so far?” I asked, handing over the camera [to a CIA analyst].

As the images of Bin Ladens’s body popped up on his screen, I was relieved. Since we had the body, the pictures weren’t absolutely vital anymore. But I could imagine if I f*cked up the pictures, I would never hear the end [of] it from [fellow SEALs] Charlie and Walt.”

While the book doesn’t mention the camera’s model, Havlik reached out to Olympus, which replied that the camera was likely from the Olympus TOUGH line of weatherproof point-and-shoots.

Mayer to Lay Out Game Plan for Yahoo, Will Show Flickr Some Love