Back in March, we wrote about photographer Bob Carey‘s Tutu Project, which consists of self-portraits Carey created while wearing only a pink tutu. The project started out as a fun image made for a non-profit ballet organization, but soon transformed into something much more after Carey’s wife was diagnosed with breast cancer. The folks over at PocketWizard recently interviewed Carey, creating the touching short film above that offers a behind-the-scenes look at how the project came about (warning: you might want to have some Kleenex nearby). 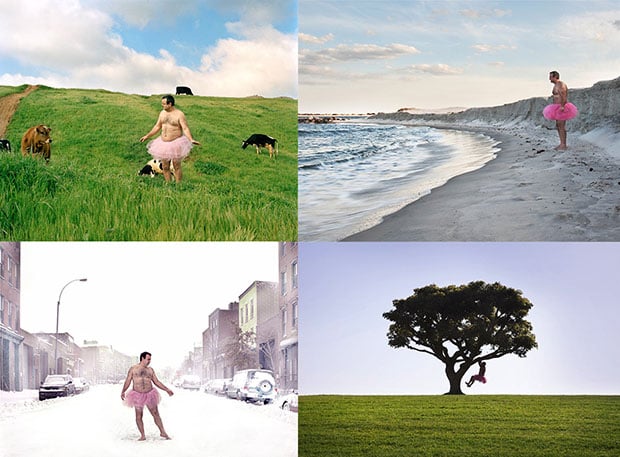 A commercial photographer from Arizona with decades of experience, Carey’s wife Linda was diagnosed with breast cancer nine years ago. A self-portrait enthusiast who had previously transformed himself in several series of artistic images, Carey eventually began photographing himself in a pink tutu. Linda shared the images with her fellow patients while they were receiving treatment. Soon the Tutu Project was born, and all proceeds go to the Carey Foundation, which provides transportation, meals, and other daily needs to women undergoing breast cancer treatment. Images from the Tutu Project have been collected in the book Ballerina, published September, 2012.

Check out the Tutu Project website for more of Carey’s tutu photographs. You can also pre-order his photo book Ballerina for $50. Net proceeds of the sales go directly toward supporting women with breast cancer.