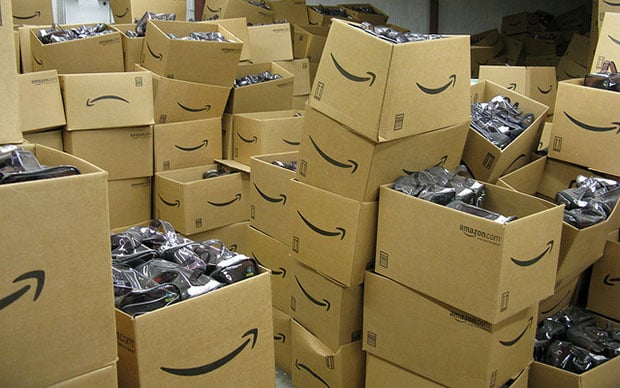 If you live in California and have been eyeing some camera gear on Amazon, you might want to bust out your wallet and make the purchase this week. On September 15th, 2012, Amazon will start collecting sales tax for purchases made from California. The tax rate ranges from 7.25% to 9.75% depending on where you live, so the cost difference could be quite significant depending on what you buy. For a $1,500 camera or lens, the tax could be as heavy as $150.


What’s interesting — and what many Californians might not know — is that the tax rate for Amazon purchases isn’t actually changing — only the type of tax is. Californians are already required to pay what’s known as a “use tax” for Amazon purchases, but these taxes are manually paid rather than automatically deducted. The Los Angeles Times writes,

You do know, don’t you, that you already have to pay sales tax on your online purchases? Yes, it’s officially called a “use tax” rather than a sales tax because Amazon is an out-of-state company. But that’s only a technicality. You owe the same tax, whether it’s called a sales tax and your online seller calculates it for you (and adds it to your bill), or it’s a use tax that you have to add up yourself and send in to the Board of Equalization (right away) or the Franchise Tax Board (on your state income tax return at the end of the year).

So even if you hurry up and buy all your stuff now, before Amazon begins adding the tax to your bill, you still have to pay it. You’ve had to pay it all along. Retail sales didn’t magically become tax-free when they moved from Main Street or the mall to the Internet.

Whether due to ignorance or the fact that the California government isn’t very good about policing, it seems that a large portion of Californians don’t pay their use taxes. How do we know this? Because many of them are going on shopping sprees in these last days… just like we recommended in the title of this post.

If you’re a Californian resident, did you know about the use tax law?