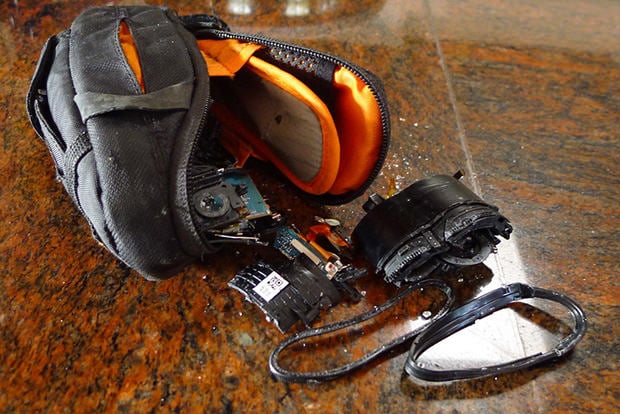 Phil Wright got his hands on the Sony RX100 — the camera David Pogue was raving about — shortly after it was released back in June. It didn’t survive very long.

Earlier this month, Wright was rushing to work in the darkness of the early morning when he placed his coffee and his black camera bag on top of his car. When he arrived at work 22 miles and 25 minutes later with coffee in hand, he suddenly realized that his camera was nowhere to be found. After panicked call to his wife back home, she made the discovery: camera roadkill 300 yards from their house.


Wright had forgotten the camera on his car roof. The camera bag dropped onto a busy road nearby, where it was given a haphazard teardown by a constant stream of cars and trucks. 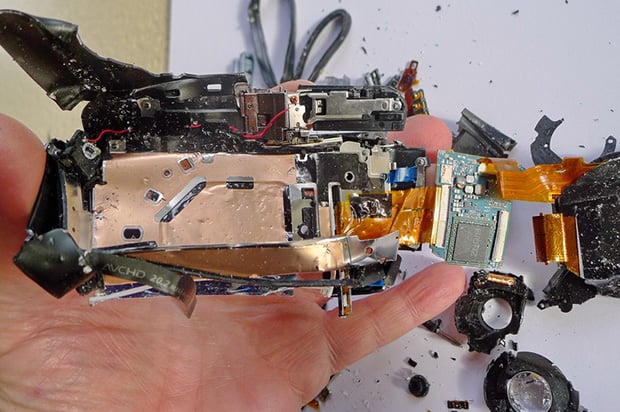 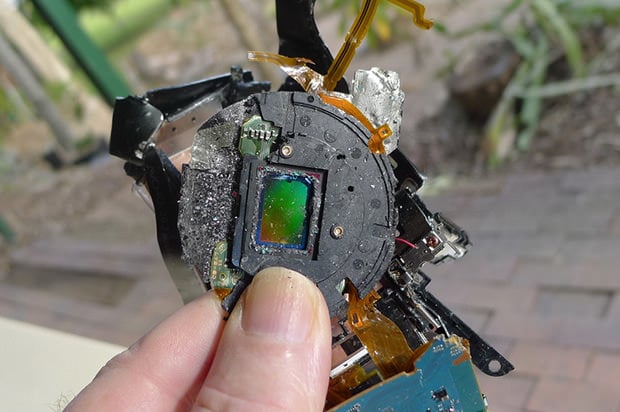 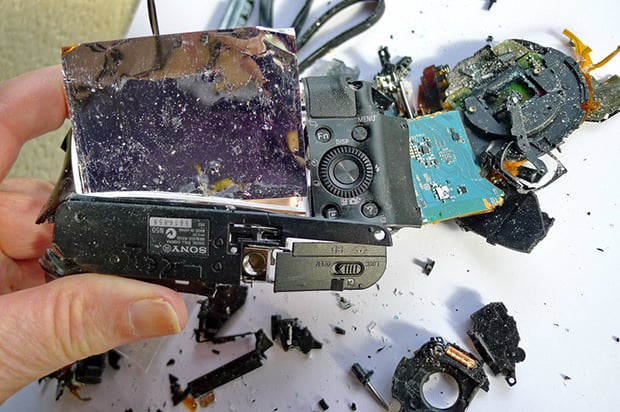 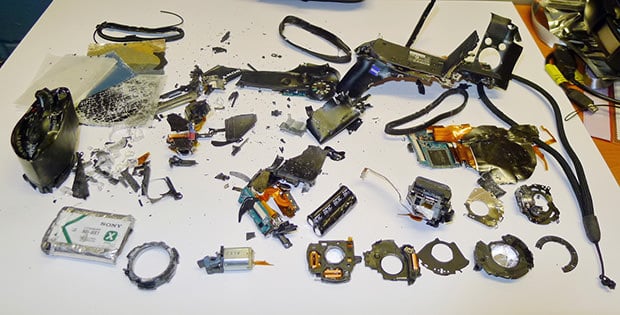 Reviewers around the Internet have long complained about the camera’s “flimsy weak” flash mechanism and battery door. Wright found it hilarious that these were literally the only two parts of the camera that survived unscathed.

Luckily for Wright, his insurance covered the cost of the deconstructed camera (minus $100), so he has the same camera in his hands again. You can bet he checks twice now before pulling out of his driveway!

Image credits: Photographs by Phil Wright and used with permission