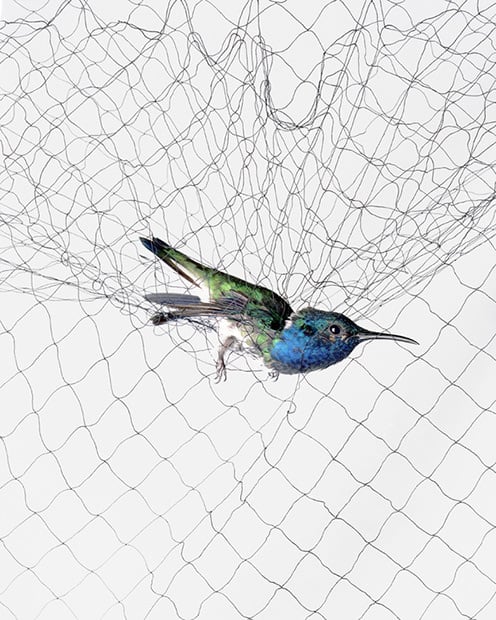 John James Audubon, a French-American ornithologist (a person who studies birds), became internationally known in the 1800s for his ambitious goal of painting and documenting all the different bird species found in the United States. His methods, however, weren’t exactly bird friendly. To prepare his subjects, Audubon would first kill them using fine shot and then fix them into striking poses using wire.

Ornithologists these days have a much better way of capturing birds for science: mist nets. The nylon mesh nets virtually invisible to birds when suspended between two poles, and allow scientists to capture, study, and release the birds unharmed. Photographer Todd R. Forsgren wants to be the modern day equivalent of Audubon. His project titled Ornithological Photographs consists entirely of photos showing different birds caught in mist nets. 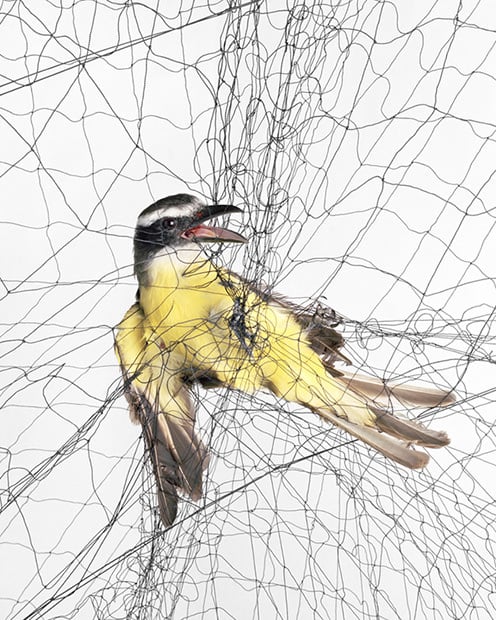 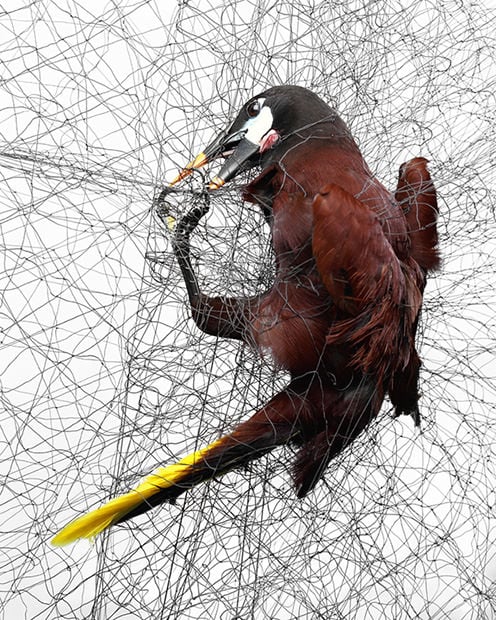 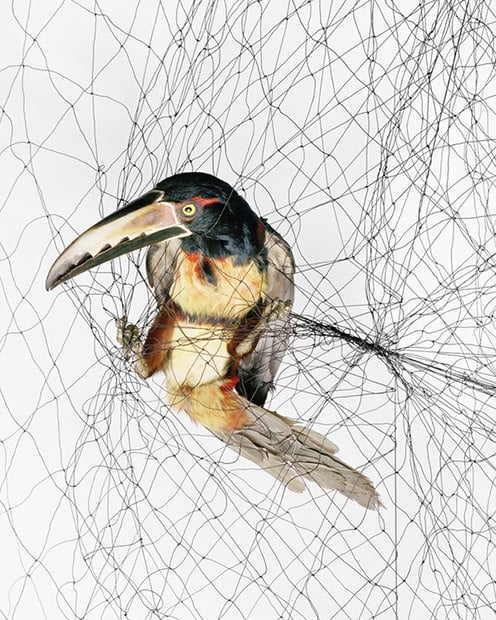 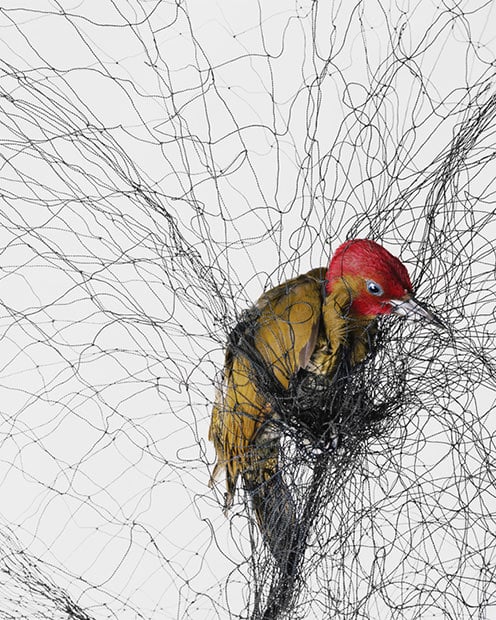 Forsgren, a professor at the Maryland Institute College of Art, shoots the photos in different countries and environments using a 4×5 view camera. If the images look a bit look studio pictures to you, it’s because he hauls around a mobile studio of sorts.

His packing list includes studio lights and a light box, and he aims to finish his shoots in less than 10 minutes to minimize the stress and discomfort experienced by the birds.

You can find the rest of the photos in this series over on Forsgren’s website.

P.S. Audubon is actually the person behind the world’s most expensive book. A copy of Birds of America, a book containin 435 of Audubon’s paintings, sold earlier this year $7.9 million!

The Pixel Trade: Man Traveling the World with Photos Rather than Money