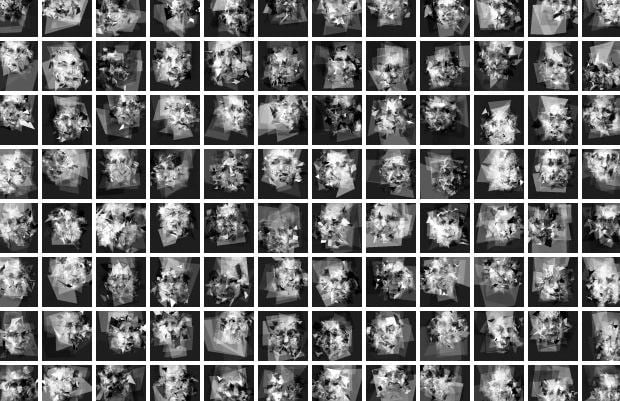 The man in the moon and the face on mars. These are both the result of a psychological phenomenon known as pareidolia, which involves the brain trying to perceive random signals as significant. It’s one of the brain’s face detection mechanisms, and causes us to see faces where they don’t actually exist — the Virgin Mary’s face on toast, for example.

Programmer Phil McCarthy decided to play around with the idea of paredoila in artificial intelligence, and created a program called pareidoloop. It uses face detection algorithms to “see” human faces in randomly generated polygons. 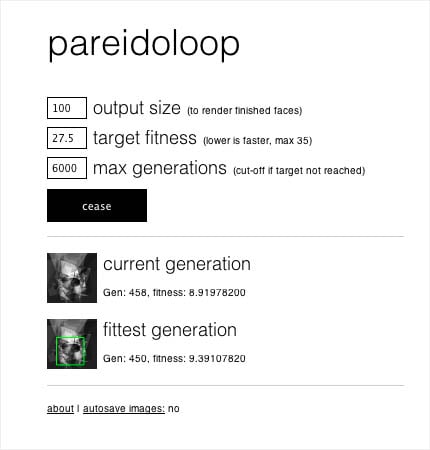 From the collage at the top of this post created by running the program for a few hours, we can see that this system is pretty good at randomly generating patterns that look eerily like faces.

If you’re interested in playing around with the program yourself, the demo is online in the form of a simple web app.