It all started a few weeks ago after Washington DC-based Paul Weber noticed a picture posted by a friend in Ohio. It showed him posing next a monitor showing the photo of a girl: 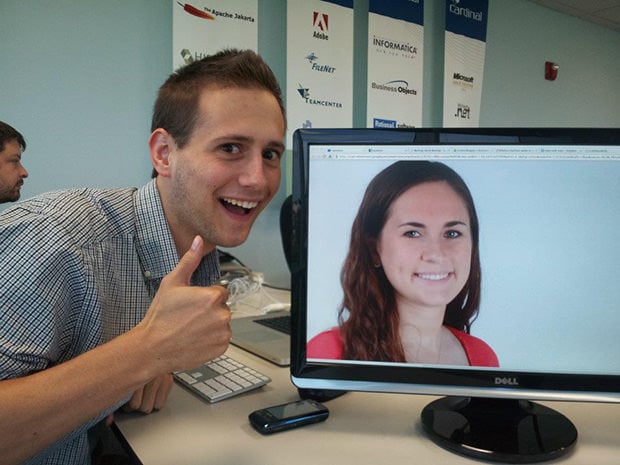 Before Weber could “like” the photo, it was quickly taken down and replaced with a message “Mal is pissed”. However, 10 minutes later the friend’s roommate posted a photo of himself posing next to the first image: 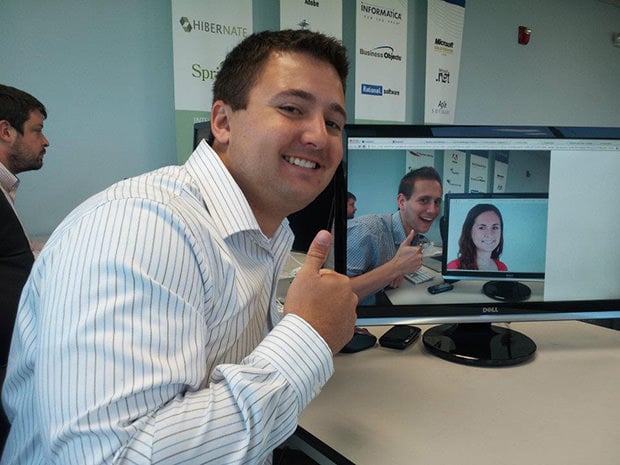 Seeing this new image, Weber and some other friends/co-workers began to join in. 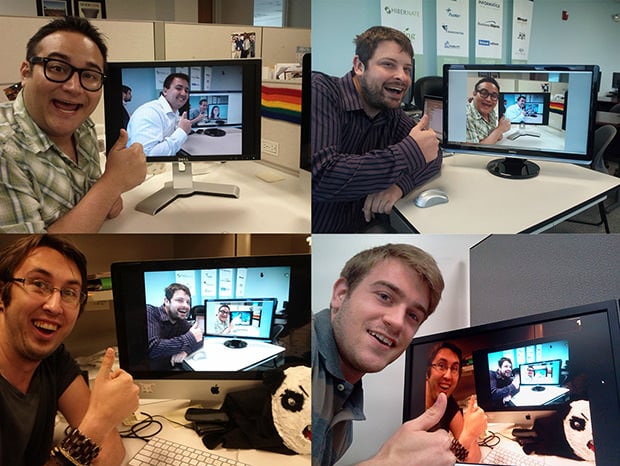 The photo thread was soon shared publicly on Facebook and then, when that source was exhausted, on Reddit.

Less than 24 hours later, Weber found himself with a “photo of a photo” series 55 pictures long that had been viewed 1.8 million times.

He then showed the series to Mal, the girl in the original photo who was “pissed”. The awesomeness of the project changed Mal’s opinion, and she agreed to cap it off as the subject of the last photo: 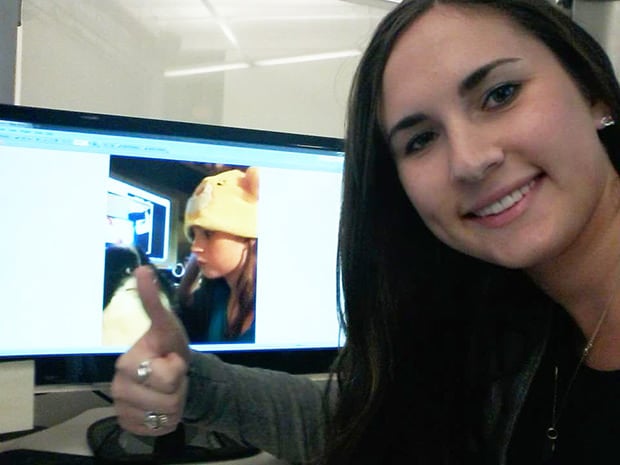 And that’s the crazy story of how this amazing video and photo project came together. You can see the entire series of photographs over on Imgur.