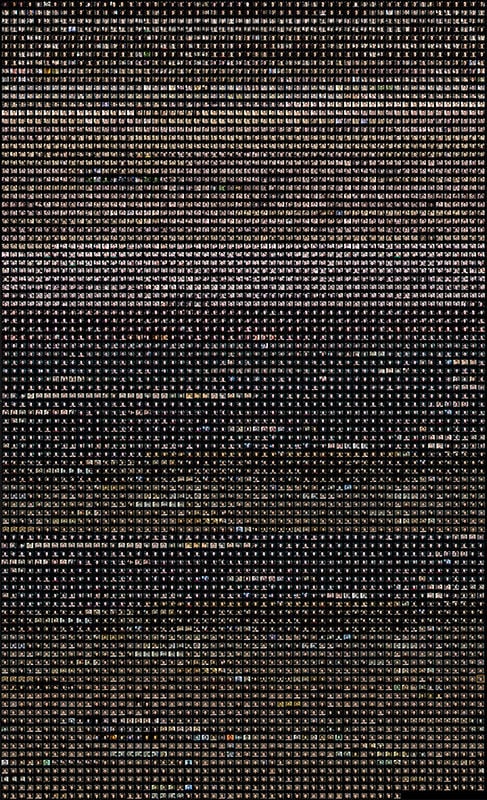 In 2000, photographer Noah Kalina started his everyday self-portrait project that spawned a viral video (and countless copycats) six years later. He’s now twelve and a half years into the project now, and shows no signs of slowing down. The image above shows the 4,514 pictures he snapped of himself between January 11, 2000 and June 30, 2012. Kalina is also planning to release an updated version of the video that runs 7:41 min — 10 frames per second and 1 month every 3 seconds.

(via Noah Kalina via Laughing Squid)

Why the Camera Adds 10 Pounds: Seeing Ourselves In Pictures

Drones For Peace Aims to Bring Aerial Photography to the Masses