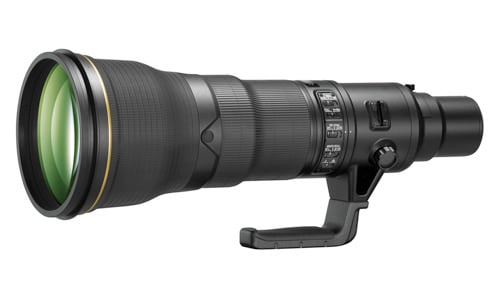 A week ago we showed you a patent and reported on a well-established rumor that Nikon was on the verge of announcing an 800mm focal length lens, which would rank as the longest in its lineup since their last 800mm was discontinued in 2005. Today, that rumor became a reality when Nikon officially put up a press release announcing that development of the new FX, VR lens is indeed in the works, and that lucky attendees will get to see a display model at both The Open Championships golf tournament later this month and, of course, at Photokina in September.

Unfortunately, that’s all Nikon is disclosing right now, as a release date and suggested retail price for the lens have not yet been determined. But if you’d like to comb through the press release yourself, you can find it in full here.

Is There an Artificial Barrier Between Full Frame and Crop Sensor Cameras?