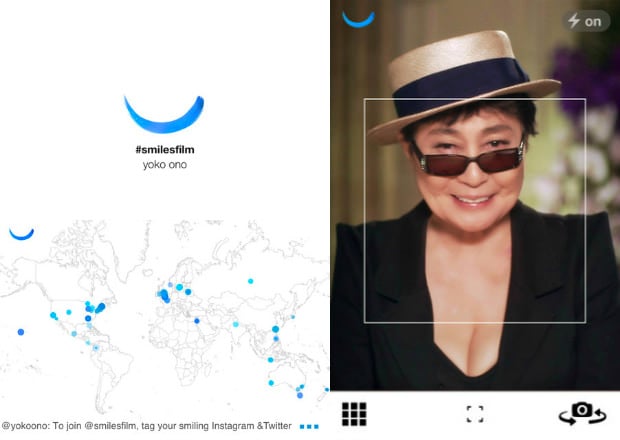 Back in 1967 Yoko Ono said that it was her ultimate goal “to make a film which includes a smiling face snap of every single human being in the world.” And now that the 21st century has arrived she’s one technological step closer to achieving that goal. Her new app, #smilesfilm, compiles all of the pictures of people’s smiles taken and uploaded to either Twitter or Instagram with the hashtag #smilesfilm into one easy-to-browse place.

Using the app you can take your own picture or just browse through and brighten your day by looking at smiles from all around the world. And for those days when a smile just isn’t quite enough, there’s also inspirational quotes and sounds from Yoko Ono herself. Check it out for yourself free on the iTunes app store.

(via Lost At E Minor)

A Ring Flash Lighting Tutorial Complete With Zombies and Soda