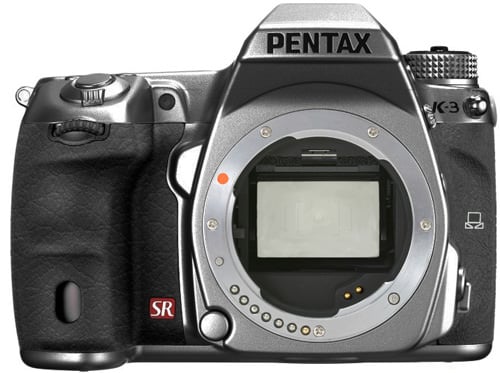 There’s been a lot of talk about new full frames making their debut in the next year, Nikon and Canon monopolizing most of the news with their rumored entry-level offerings, but one company that might slip in under the radar is Pentax. Rumors of Pentax’s K-3 full frame have been circulating for some time, but Photo Rumors recently reported on a few updates including possible announcement and release dates.

Today we found out that the K-3 will likely be announced at Photokina in September and launch in early 2013 under the tagline: “the world’s most compact full frame.” It’s expected to use Sony’s new 24MP sensor (possibly the same one as the D600), come with a brand new kit lens, battery grip and flash unit, and sell (body only) for around $2,800.

Considering the rumored sensor and the fact that both the Canon and Nikon entry-levels should have significantly lower price tags, we’ll have to wait and see what other features Pentax is planning to bring to the table to lure photographers their way.

Update: As Paul kindly points out in the comments below, it looks like this rumor turned out to be very false.

How to Photograph Complete Strangers