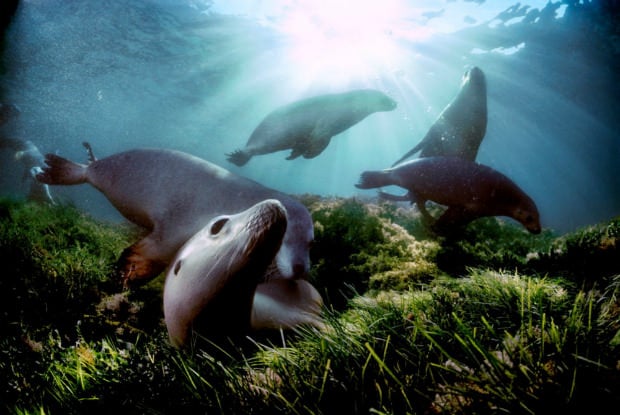 Having just mentioned National Geographic yesterday, it’s appropriate that we’re featuring a photographer whose work has been used in the magazine many times over. David Doubilet is certainly one of the greatest underwater photographers in the world, and his work in both fresh and salt water, in both black and white and color, really leaves one breathless. These photographs are no accident either. Although the digital age of photography has made it possible for him to take photographs he only dreamed of before, according to Doubilet, capturing a worthwhile moment underwater is many times harder than doing so on land:

That Cartier-Bresson moment that is hard to achieve on land is 10 times harder to achieve underwater, because you’re swimming around with a large housing with arms as long as 24 inches long and attached to the end of the arms are your strobes. Sometimes you’re using six or seven strobes or large surface-powered H.M.I. movie lights. For more examples of his work, or more information from the man himself, head over to his website or check out the gallery of his work on the New York Times Lens Blog.

Image credits: Photographs by David Doubilet and used with permission