There was a much-hyped transit of Venus yesterday in which Venus appeared as a small black circle moving across the face of the sun. This rare phenomenon occurs in pairs of eight years separated by more than a century: the previous transit was in 2004, but the next one won’t occur until 2117. If you missed out, don’t worry — there’s a boatload of beautiful photos and videos out there that can give you an even better view than what your eyes would have seen. The amazing high-definition video above was created using images from NASA’s Solar Dynamics Observatory. 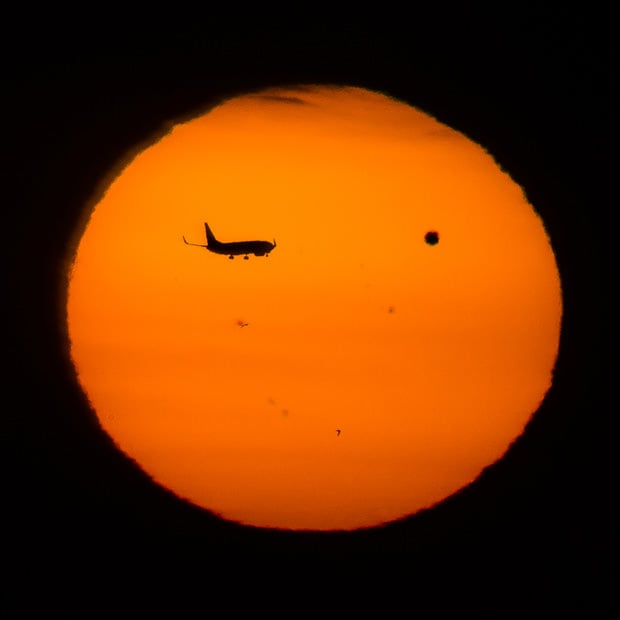 Image credit: Photograph by Austin Kurtz and used with permission