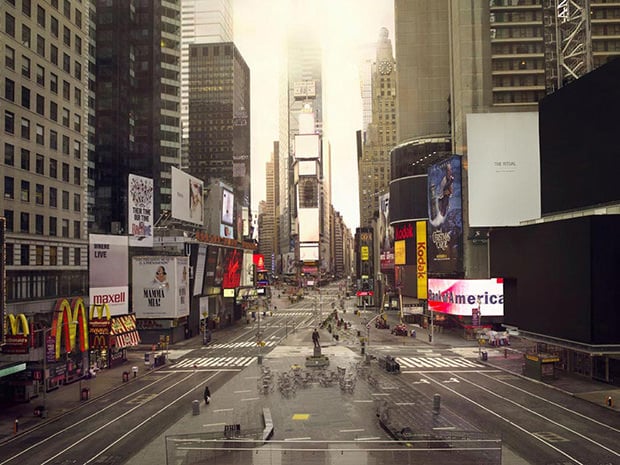 Silent World is a project by Paris-based artists Lucie & Simon that shows post-apocalyptic views of famous locations around the world. All but one or two of the people in each location are removed from the scene. Rather than use multiple exposures and compositing the images to remove moving objects (e.g. people and cars), they chose to use a neutral density filter — one that’s normally used by NASA for analyzing stars — in order to achieve extremely long exposure times during the day. 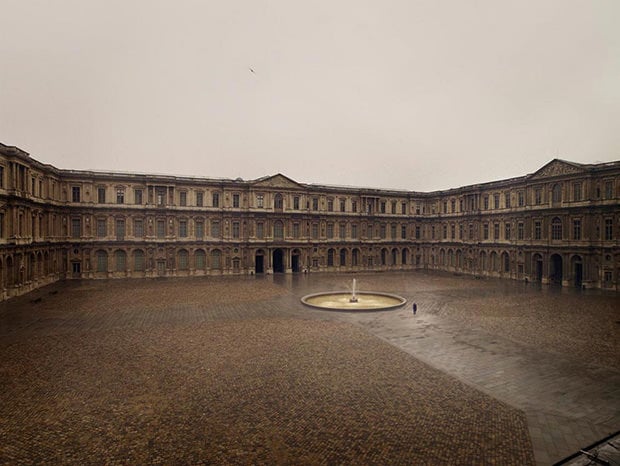 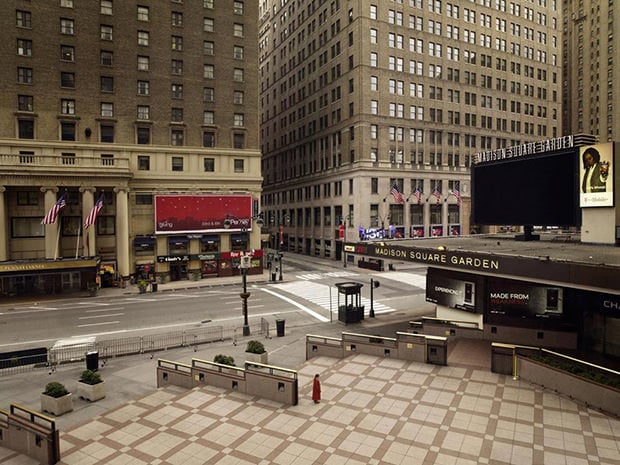 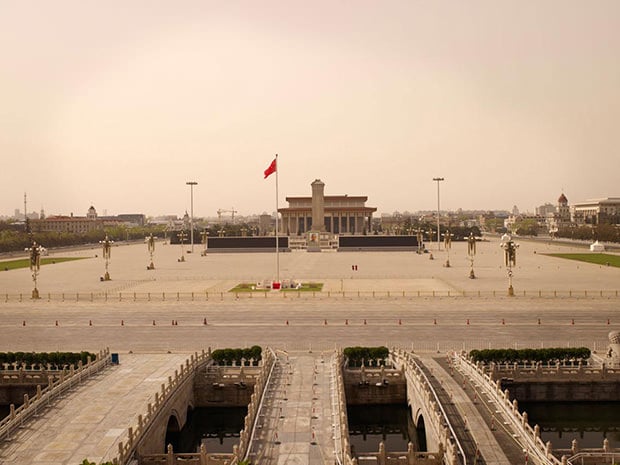 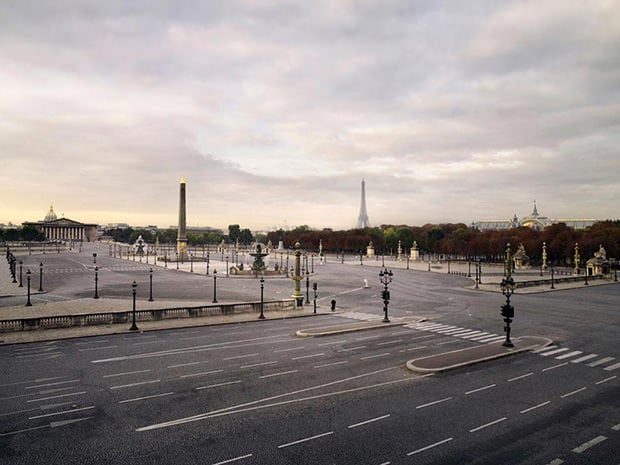 Here’s a video showing how one of their Beijing photographs was made:

The concept is similar to Matt Logue’s photos of Los Angeles in empty LA and Masataka Nakano images of Tokyo in Tokyo Nobody.

Image credits: Photographs by Lucie & Simon and used with permission