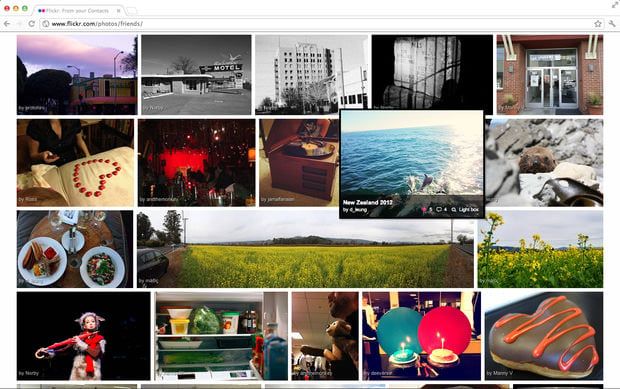 Flickr is reportedly set to push out a number of major design updates across the photo-sharing service’s website. Adrianne Jeffries of Betabeat recently met up with Flickr senior product manager Markus Spiering, who gave her a sneak peek at a number of extensive changes to the interface that will be rolling out at the end this month.

He then opened a new tab to show the spread, completely revamped. Suddenly the photos look more than four times their current size and lie neatly justified on the page, somehow jigsawing together without cropping or changing the order in which they appear.

Sounds a whole lot like Google+ photo sharing, huh? Betabeat reports coming away from the meeting “with the impression that Yahoo is not sleeping on Flickr” — great news for the faithful members of the service.

Flickr Is Getting a Major Makeover (via Thomas Hawk)

An Insane Non-Manipulated Photograph of a Keel Walk Stunt