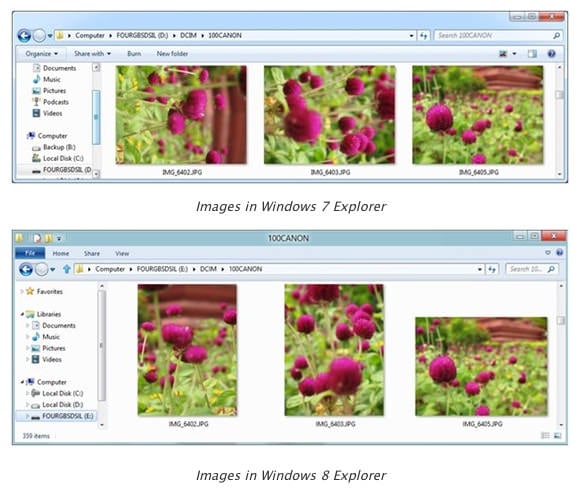 The Microsoft team tasked with building Windows 8 has published a blog post with various user suggestions they’ve decided to implement in the OS. A big thing they’re focusing on is file management — something that isn’t usually touted as a “feature” but is important in day-to-day computer usage. One useful improvement is having the OS read the EXIF data in JPEG photos to automatically present the correct orientation.

Another improvement is how file copying will be handled — a task photographers run into all the time. The OS will be more intelligent in dealing with duplicate photos and files. The decisions on whether things are duplicates will no longer be based only on file name, but on things like size and modification date as well. No longer will you accidentally lose a photo if two of your cameras both shoot a photo named IMG_0001.JPG. 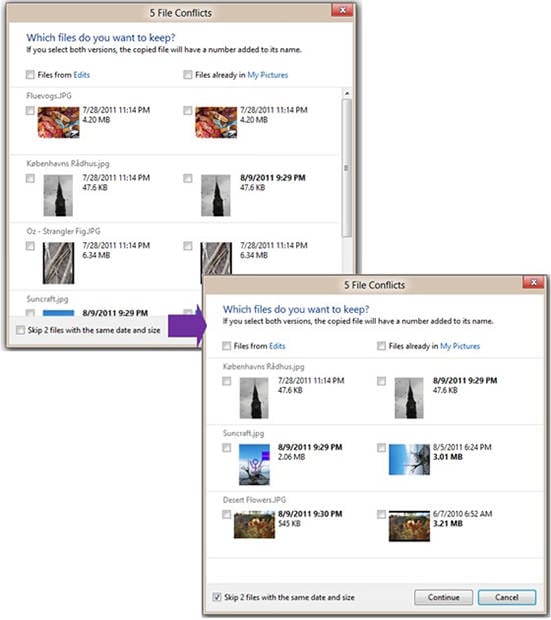 You can view a full rundown of changes here.

(via MSDN via Engadget)

Antarctic Glaciers and Caverns in a Bag