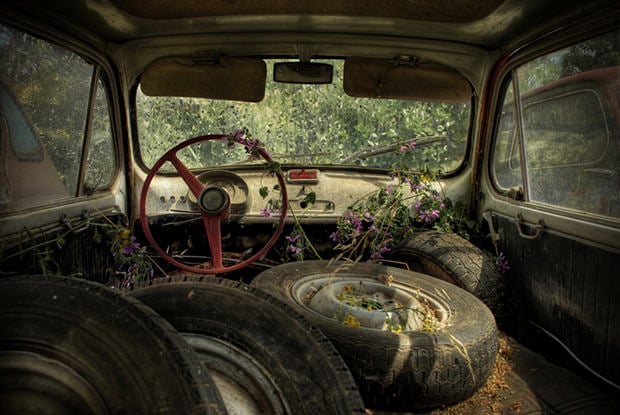 Photographer Alicia Rius bases much of her work around searching for “hidden treasures”. One particular series is titled “From the back seat of my car”, and consists of unplanned photographs taken from the back of abandoned cars. She writes,

The first car I found was the red one. Then, another then day while I was driving, I saw another abandoned car. I never looked for them, actually, I think they found me. I was thinking in a way to immortalize their beauty and turn the tin in something romantic. So I decided to step in… and OMG, that was really tricky! But after fighting with the spiders, the bees, hurting myself to try to squeeze my body in such a small place… it was worth it. 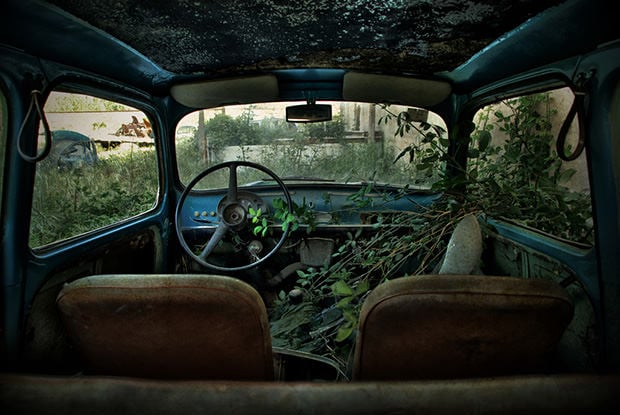 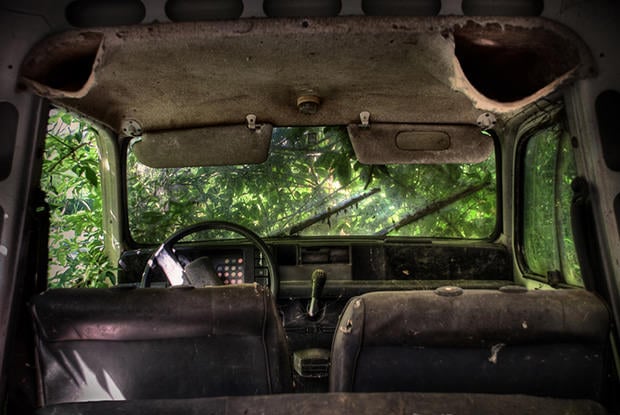 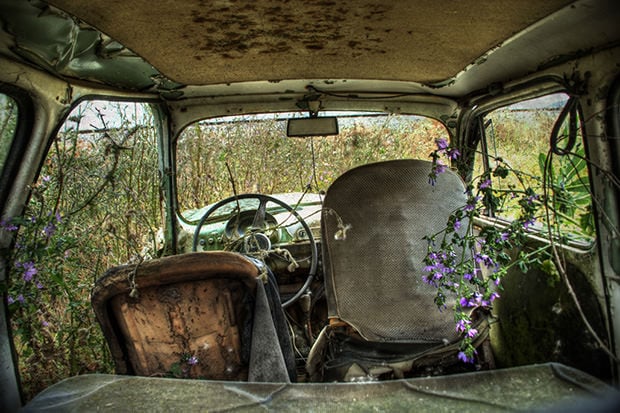 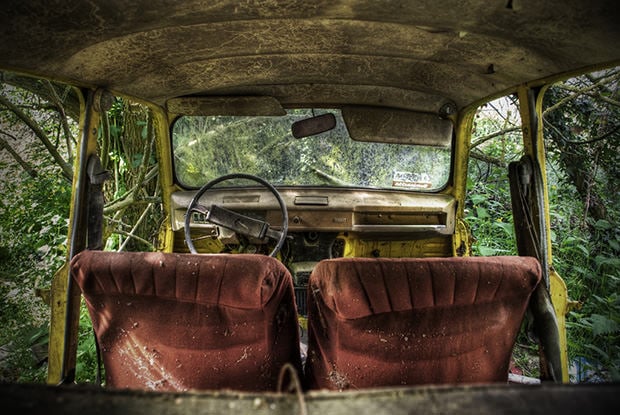 from the backseat of my car (via Feature Shoot)

Image credits: Photographs by Alicia Rius and used with permission