The folks over at Triposo wanted to know when people around the world take pictures, so they harvested the timestamps and geolocation data from photos shared on the Internet and created this beautiful visualization showing one year of photos taken around the world (be sure to watch it full screen and in HD). It’s neat seeing certain parts of the world light up with photo activity on special days.


On January 1st, the whole world celebrates the New Year together: 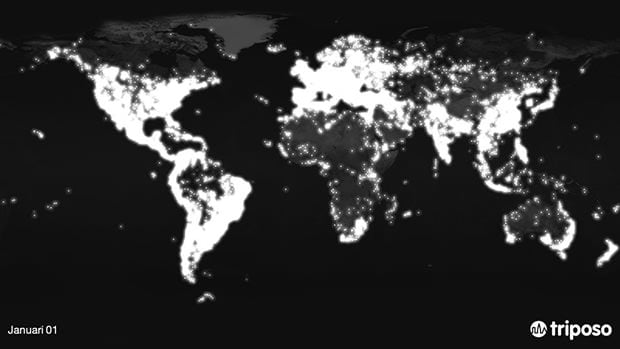 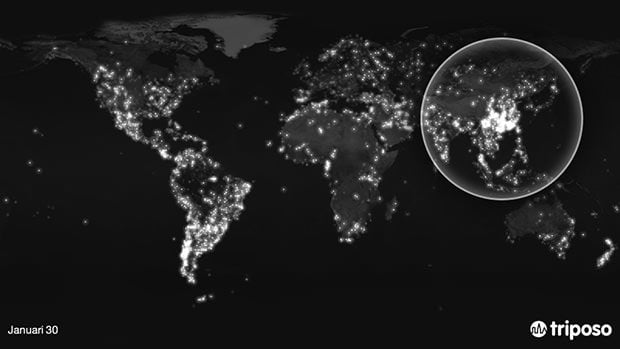 Labor Day celebrations can be seen in Europe and China on May 1st: 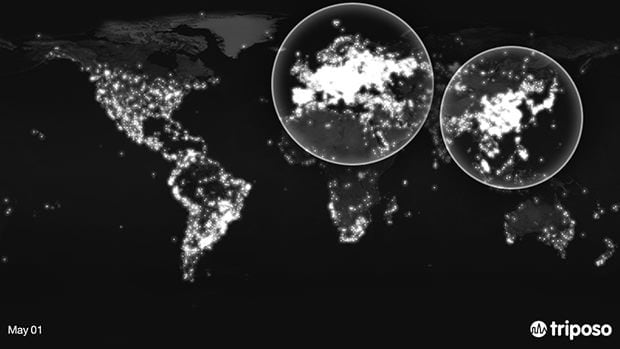 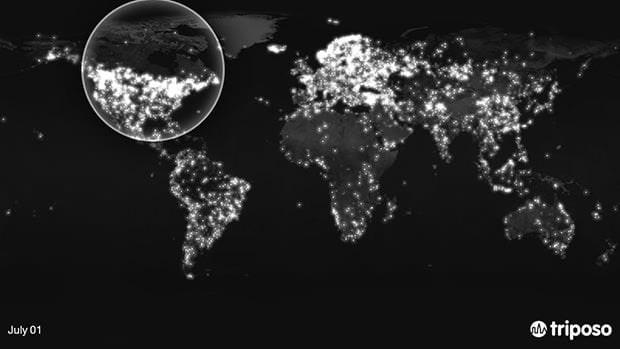 There’s also a strange burst of activity on November 30th, which might be the default date that many new cameras are set to.

See if you can pick out any other unusual bursts of activity in the animation. Be sure to share them with us in the comments!

(via Triposo via Visual News)