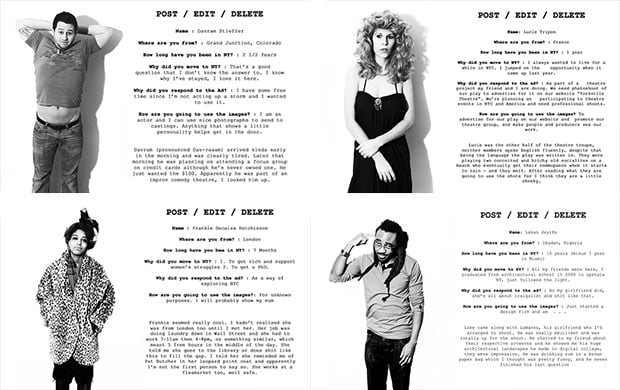 Photographer James Loveday has a portrait project documenting the people who use Craigslist. Over a period of several months, he placed ads on Craigslist offering free portraits to anyone who stopped by his Brooklyn studio.

Each time a person or people would come, I’d have everything set up and over the course of an hour or so I’d get their portrait taken. Some people would show up ready, knowing what to wear and what they wanted, others had a vague idea of getting famous and wanted to have pictures of themselves for their future careers as actors and models and some people were just intrigued, or bored.

Everyone who participated also filled out a questionnaire about themselves and their reasons for participating. The answers are shown alongside each of the portraits.

Craigslist by James Loveday (via Beautiful/Decay)

CNN Lays Off Photojournalists, Citing the Accessibility of Quality Cameras