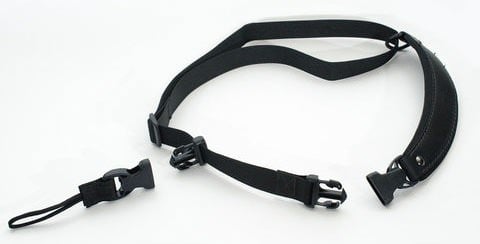 In an open letter to customers, the company writes,

We did our research, consulted our lawyers, and found more than enough prior art related to this concept.

[…] the idea of a sliding camera sling isn’t an amazing new invention. It’s just a really good idea that’s been around for a while and which has been iteratively developed. Neither we nor our lawyers believed that the USPTO would grant a patent for the claims related to this concept. It was a surprise, then, when our competitor was granted a patent covering the concept on November 1st, 2011. To say that we’re disappointed that the USPTO couldn’t find the prior art around the idea is an understatement.

Not wanting to engage in a costly legal battle, Luma Labs has decided to killed off their main products. Despite this setback, the company is planning on sticking around: it’s working on a new strap concept that will be released in December.