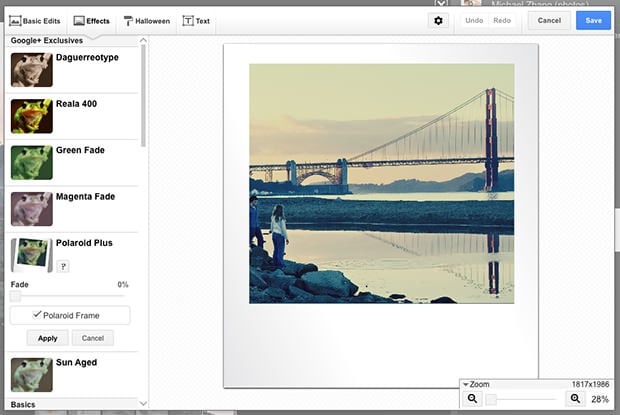 The success of Instagram has shown that photo filters are very much in demand with the general population. Facebook is rumored to be working on its own retro filters, but Google has beaten it to the punch: today the company introduced a wide range of creative filters to Google+’s Creative Kit. The filters (called “Effects”) include looks that mimic daguerreotypes, Reala 400 film, Polaroid pictures, Lomo, Holga, and even cross processed film.

Here’s a video introduction to the new features:

Lens Band: A Gel Bracelet for Your Lens to Prevent Zoom Creep

Oldest Known Print of Iconic Cartier-Bresson Photo to Be Auctioned