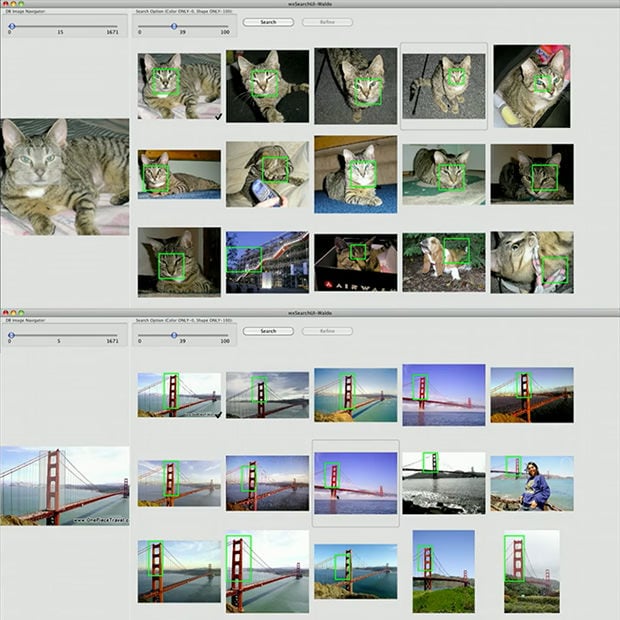 Adobe’s amazing Image Deblurring demo was the star of the Sneak Peeks event at Adobe MAX 2011, but it was just one of the many demos shown that night. Another interesting photography-related demo was for “Pixel Nuggets”: a feature that lets you search a large library of photos for features (e.g. people, landmarks, patterns, logos).

While programs like iPhoto ’09 already have the ability to detect faces and group them together, Pixel Nuggets will allow you to search for any feature in any photograph. Drag a box around your cat’s face, and all the other photos on your computer that contain your cat show up. Drag it across a Coke logo, and you’ll find photos containing cans of coke. It’s like Google’s Image Search, except even more powerful and designed to be used offline.

Here’s the demo of the technology in action (if it doesn’t load properly, try this link):

Unlike the Image Deblurring feature, this one appears to be much more polished, so we might be seeing it appear in image management programs in the near future.

Crazy Photo Project: One Self-Portrait Every Hour, For an Entire Year