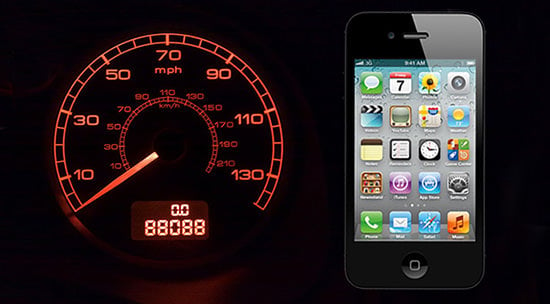 One of the main reasons Apple has been so successful as a tech company is its focus on usability. Even as competitors’ smartphones screens are approaching tablet screen sizes, Apple has stuck with 3.5-inches — an optimal size for operating the phone with one hand. John Gruber of Daring Fireball just published his review of the iPhone 4S today, and writes that Apple focused on speed as one of the main improvements featured in the iPhone 4S camera:

The most profound difference between the 4S and 4 cameras has nothing to do with image quality. It’s that you don’t have to wait nearly as long. That closed iris comes up for a moment and then it’s gone, and you’re ready to shoot. And after you shoot, the camera is ready to snap additional photos almost instantly. The difference is huge, and it’s especially nice in conjunction with iOS 5’s new lock screen shortcut to jump right into the Camera app.

I spoke to some friends familiar with the development of iOS 5 and the 4S, and word on the Cupertino street is that camera speed — time from launch to being able to snap a photo, as well as the time between subsequent photos — received an enormous amount of engineering attention during development. The stopwatches were out, and every single tenth of a second that could be shaved was shaved.

I wonder whether compact camera manufacturers spend as much effort shaving tenths of a second off their cameras’ startup and in-between-shot times. They’ll want to now.

‘What is Life?’ Stop Motion Animation Created with Light Painting