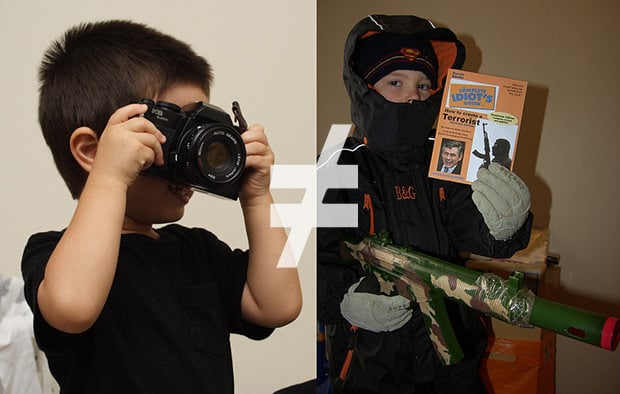 It looks like all the negative news stories about photographers’ rights in the UK is finally causing some positive change — private security guards across the nation are being instructed (for the first time) to exercise some common sense when stopping and questioning picture-takers:

Detective Sergeant David Parkes, a counter-terrorism advisor at the Metropolitan Police, has instructed private security staff to consider why a terrorist planning an attack would openly take photos in locations that can be readily viewed on the internet.

‘Why would a terrorist put himself at risk of being caught if he can get [the image] by logging onto Google,’ said DS Parkes […]

[…] Parkes replied that the type of equipment is of ‘no significance’ to the risk a person may be planning a terrorist attack, adding that he believed ‘the bigger the camera, the less likely they are going to do anything [suspicious] with it’.

Image credit: The Photographer by jayRaz and Terrorist? by 1336

Adjusting to the Changing Landscape of Professional Photography

Filling Up a Giant Camera Car at Texaco