Photo-enthusiast etxenike recently won a spool of Verichrome Pan 116 film in an auction, and discovered that it had already been exposed. He had the film developed, and found that five of the eight photographs survived — not bad for film that has been sitting around since the 50s or 60s! 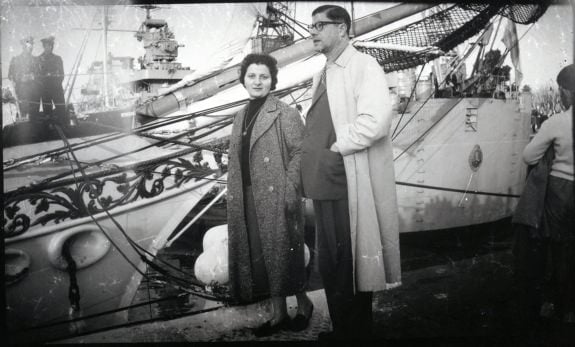 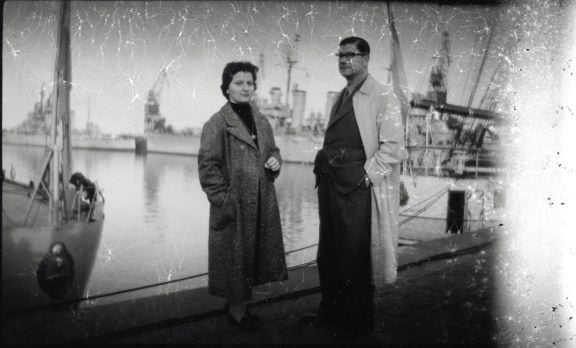 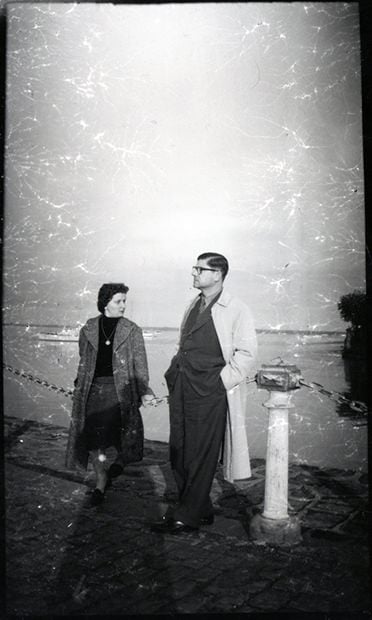 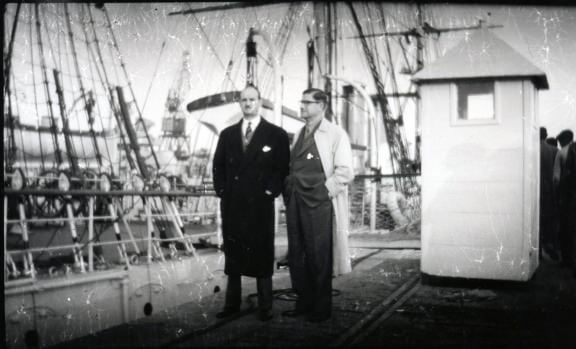 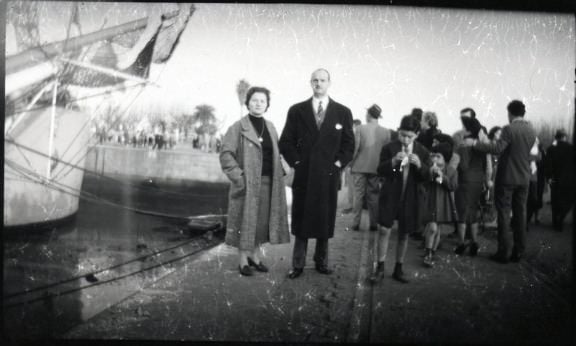 He also deduced some facts about the date, location, and subjects from studying the images:

The military ships confirm it is Mar del Plata, because there is a naval base right next to the dock. I love their attitude. It seems that they´re taking a stroll, specially him, with the hands always carelessly in his pockets. According to a friend of mine, who used to be a wardrobe assistant, his tie indicates this was in the ´60s, which seems to be confirmed because the production of the Kodak Verichrome Pan 116 started in 1957.

Apparently the man in the black coat is the photographer who exposed the film, since the shots with him in the frame are the only ones that are poorly focus.

Image credits: Photographs by etxenike and used with permission