Reddit user rocketchef strapped a GoPro video camera to a bike helmet and had their two-year-old daughter wear it during a trip to the playground. The resulting footage is a fun look at what the world looks like to a two-year-old. 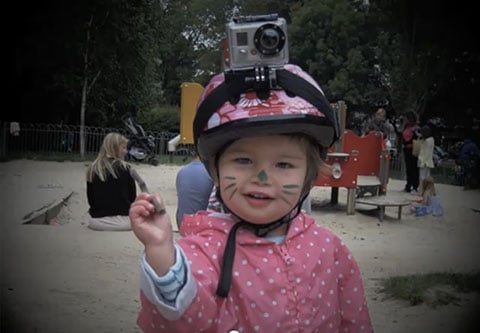 I can’t remember a single thing I did when I was two, so it would have been pretty awesome if my parents had strapped a camera to my head!

Digital Rot: The Sad Truth about Digital Cameras and Depreciation

Interview with Ryan McGinnis of The Big Storm Picture