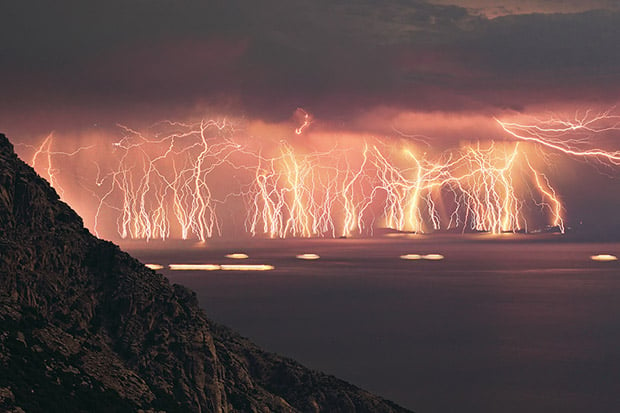 Why settle for one boring lightning bolt when you can show 70+ bolts in the same photograph? Photographer Chris Kotsiopoulos of GreekSky recently shot a severe thunderstorm from Ikaria Island in Greece using a Canon 550D and 50mm 1.8 Mark II. He stacked 70 separate 20-second exposures to create the crazy image you see above.

Image credit: Photograph by Chris Kotsiopoulos and used with permission

A Glimpse Inside the Fujifilm FinePix X100 Production Plant

What’s Obvious to You May Be Amazing to Others