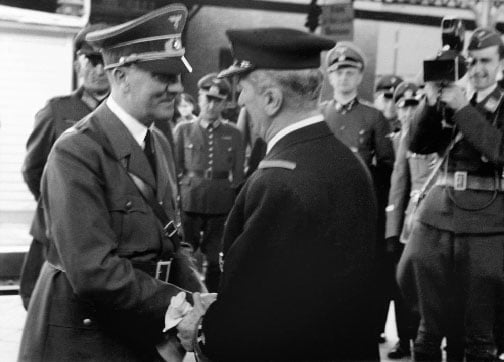 Earlier this week the New York Times was lent a mysterious photo album that contained 214 photos of Nazi Germany, including images taken just feet away from Hitler. There was no indication of who the photographer was, so the Lens blog decided to publish some of the photos and crowdsource the task of solving the mystery.

The photographs, at least a lot of them, were taken by the photographer Franz Krieger (1914-1993). Krieger worked as a photojournalist in Salzburg, Austria. In the summer of 1941, he went to Minsk as a member of the Reichs-Autozug Deutschland. In Minsk, he took pictures of Soviet prisoners of war and he also visited the Jewish ghetto and photographed the poor people there. On his way back to Berlin, he took the pictures of Hitler meeting [Adm. Miklos] Horthy in Marienburg. [#]

Turns out Ms. Scharnberg had done her Ph.D. dissertation on German propaganda photographs, and had come across a photography book about Krieger. The New York Times then contacted the author of the book, Peter F. Kramml, who provided some background on Krieger’s life and emailed a copy of a self-portrait identical to one of the prints in the album: 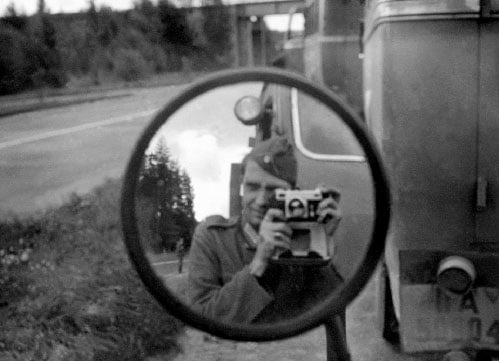 This is the second day in a row that we’ve shared a happy ending the demonstrates how powerful the Internet can be in solving these kinds of mysteries.