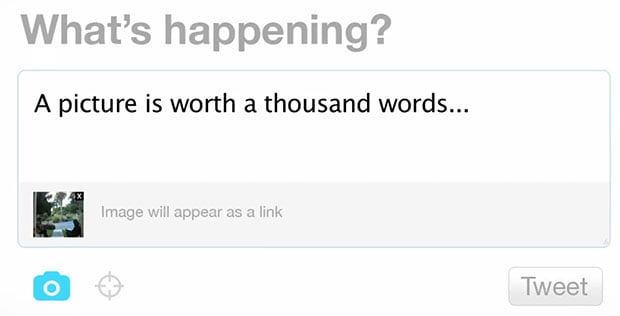 Twitter has just announced that they will be launching their own photo-sharing service that will let you attach photographs directly to Tweets, competing with services like TwitPic. Rather than host the images themselves using their own servers or Amazon’s S3 storage, they’ve decided to partner with photo-sharing giant Photobucket. It’ll be interesting to see whether photographers feel more comfortable sharing their images on Twitter now that the functionality will be baked into the service itself, especially after recent brouhahas involving third party services.


Here’s a short teaser they made that was included in the announcement: