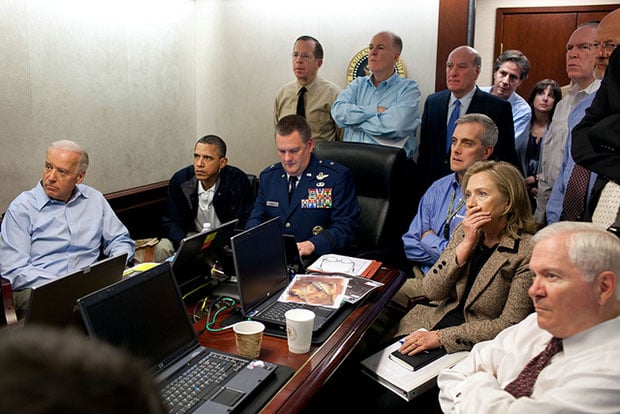 The big story around the world this week was the death of Osama bin Laden after a raid of his compound by US Navy SEALs. As a terrific example of how the Internet is transforming the way we view these world events, behind the scenes photos taken at the White House as these events transpired were almost immediately shared on the White House Flickr photostream. One particular photograph (shown above) showing President Obama and his national security team in the Situation Room has been widely published, and may go on to become one of the iconic photographs of Obama’s presidency. It has amassed over two million views in just a couple days, and is reportedly the fastest viewed photo ever on Flickr.