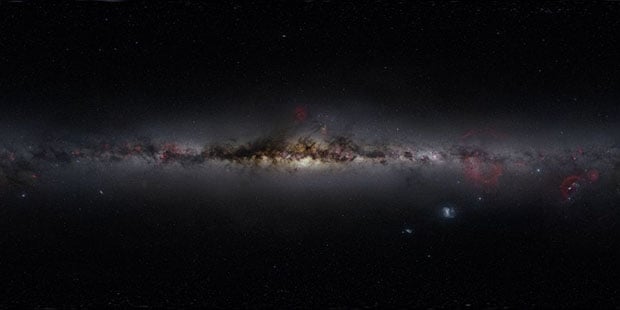 What you see above is the largest true-color photograph of the night sky ever created, shot by 28-year-old amateur astrophotographer Nick Risinger using six astronomical cameras. It’s not just the view of the sky from one location, but is instead a 360-panoramic view of the sky taken by trekking 60,000 miles across the western United States and South Africa starting in March 2010. The final image is composed of 37,000 separate photographs. Check out the massive zoomable high-definition version of the photo here.